The 2013 Emmy nominations are comprised of some of Hollywood’s most talented and sometimes most underrated talent. While we congratulate these thespians for their latest accomplishment, we celebrate with a few nods of our own — to some of their past work. 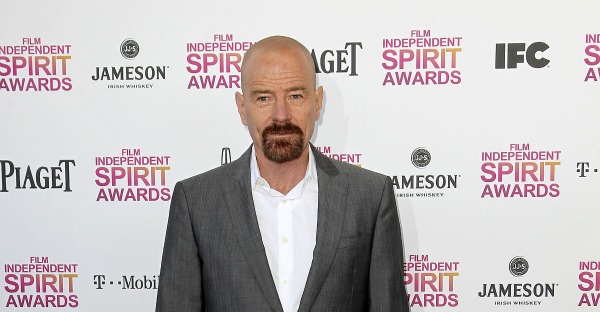 Think Emmy nominated Bryan Cranston, aka Walter White from Breaking Bad looks familiar? That’s because he’s been cracking us up for years! You probably forgot he was Olive’s dad’s boss in Little Miss Sunshine (don’t feel bad, Alan Arkin — his co-star — forgot he was in the movie too!). You most likely remember him from Malcolm in the Middle, but he was also Jerry Seinfeld’s dentist Tim Whatley. Tim Whatley is the sole reason “re-gift” became an accepted term and acceptable way to recycle gifts!

2013 Emmy nominations: Both vets and newbies lead the way >>

Remember Cybill Shepherd and her show Cybill? No? What about Cybill’s high-maintenance, boozehound friend Maryann Thorpe? Still no? It was only on for three years, so don’t beat yourself up. Christine Baranski, recipient of an Emmy nod for her role as Diane Lockhart in The Good Wife, was Maryann! Of course Christine is known for a hundred other roles she’s taken on, but this may be where we were first introduced to her forked tongue and biting wit.

Joan Cusack is one of those actresses whose talent far surpasses her notoriety. It’s just one of many things we love about her. Joan slipped onto a lot of fans’ radar with her performance as the principal in School of Rock, but we fell in love with her back in her Sixteen Candles days. Cusack has been nominated for a Guest Actress in a Drama Series Emmy, and we’re celebrating with this flashback.

Stay up on all the Emmy news! Subscribe to our newsletter >>

Jane Fonda, also nominated for a Guest Actress award for her work in The Newsroom, is a Hollywood legend. She was every guy’s fantasy in the 1968 Barbarella, and we loved her in On Golden Pond (pass the tissues, please) and Nine to Five. But we’re going to go way back to 1965 when Fonda starred in Cat Ballou. We loved her spirited, no-time-for-chumps attitude and we would have given anything to look like she did in her prairie wardrobe. Fonda was 28 years old when this movie was made, and honestly, she doesn’t look that much different almost 50 years later!

5 Stars who have been ripped off at the Emmys >>

Before Ed O’Neill was Married with Children and before he was given an Emmy nomination for his side-splitting work in Modern Family, he was a bumbling cop in Disorganized Crime. With co-stars like Corbin Bernsen, Fred Gywnne, Lou Diamond Phillips and William Russ, and with gorgeous western Montana as the backdrop, we’re not sure why this movie didn’t do better than it did. Here’s a little piece of flashback heaven.

Jessica Lange doesn’t know how to give a bad performance. It’s hard to pick a favorite flashback for such an impressive body of work but I’m writing the article and I get to choose, so I’m going all Wayne’s World and saying “I’m not worthy” when it comes to Jessica Lange’s performance in Sweet Dreams. There are Patsy Cline songs that Lange lip-syncs meticulously (she could teach today’s entertainers a thing or two), there are sassy lines worthy of recycling like, “People in hell want ice water, but that don’t mean they get it,” and there’s Ed Harris. Enough said.