Anna Chlumsky is having a really good week. She gave birth to her first child and she received an Emmy nomination for her work on the HBO show Veep. 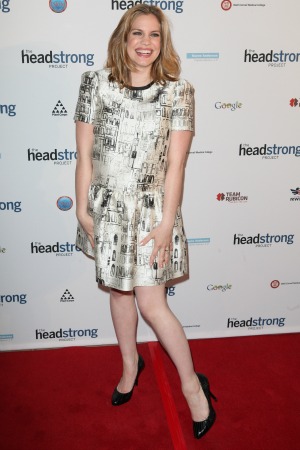 It’s a girl for Veep star Anna Chlumsky, who gave birth on Thursday, July 11 in New York City. The 32-year-old new mom and her husband Shaun So welcomed baby Penelope Joan So to the world.

People was the first to report the news and they talked to her about the exciting milestone.

Chlumsky told the entertainment magazine, “She’s a really good mix between my husband and me. When she’s with him, you see him, and when she’s with me, you see me. She’s a perfect mix.”

The actress announced her pregnancy in late March and she was lucky to have had a pretty easy time during the first trimester.

She shared with People earlier in the year, “I’m feeling pretty good so far. I was really lucky — I did not have any morning sickness, which was great because I was working.”

Chlumsky is having a fantastic week on the work front, too. On Thursday, July 18, she found out she was nominated for her first Emmy for Veep.

“I’m still in shock. When I got the call, I wasn’t sleeping because I was breastfeeding my daughter,” the HBO star said. “It was neat because it was me and my husband and my daughter all in the room getting the news at the same time. When [my manager] told me, it was that nervous, happy, appreciative laughter. I just laughed a lot! It feels really great to have your work noticed.”

With excitement on both a personal and a professional level, she’s certainly riding on a new-mom high.

She revealed, “I’m really, really happy. I’m just smiley. I have this new bundle of love that’s now in my life. She has made my life even better.”