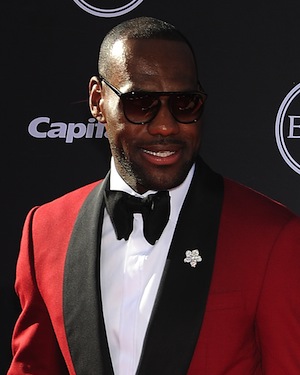 Wednesday, the world was a stage for professional athletes. The 2013 ESPY Awards took place in Los Angeles where they celebrated sports’ biggest stars. Current NBA champ LeBron James walked away with three trophies, while special honors were given to Robin Roberts and Dick and Rick Hoyt.

Roberts received the Arthur Ashe Courage award for positively dealing with a life-threatening illness. Last fall she had a bone marrow transplant after being diagnosed with a blood and bone marrow disease. She did it with her head held high and a smile on her face.

Dick and Rick Hoyt are a father-son team that was presented with the Jimmy V Award for Perseverance. According to the Huffington Post, 73-year-old Dick and his son, who was born with cerebral palsy, have participated in over 1,000 endurance events. Rick doesn’t have the use of his arms and legs but his athletic dad pushes him in a custom-made running chair.

What do you think of this year’s winners?