Lindsey Vonn doesn’t want to marry Tiger Woods. But it has less to do with him than her past experience with marriage. So where is their relationship headed? 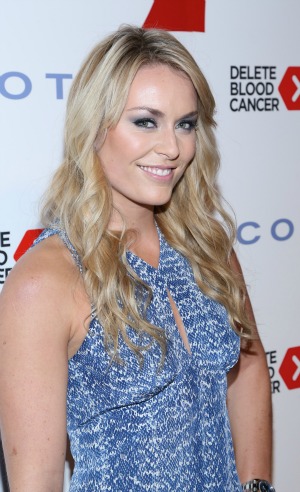 Since Lindsey Vonn and Tiger Woods made their relationship official, it’s been anyone’s guess on how serious or long-term it will be. And while she didn’t speak specifically to her current boyfriend, Vonn shed a little light on her feelings about making that commitment official.

“[Marriage] definitely did not work for me, and I would not recommend it,” she told Vogue magazine for their August issue. “I would also not recommend getting married!”

The Olympian was married to her coach, Thomas Vonn, in 2007, and the marriage caused problems in her relationship with her father, according to USA Today. The couple announced their split in 2011, but their divorce wasn’t finalized until this year.

Vonn said she doesn’t regret her marriage, but said it gave her second thoughts about ever mixing business with love. The Vonns were teammates on the 2002 U.S. Olympic Ski Team.

Vogue asked if she had planned to get married again, and Vonn seems pretty adamant that it won’t be happening.

“No, thanks! I am definitely not getting married,” she said. “To anyone.”

There is no word on what Woods thinks about the whole issue. The couple only announced they were dating in March, which means it’s possible they haven’t been together long enough to discuss the issue. But it sounds like Vonn has at least been thinking about it.

As for the two athletes, they’re focusing on what they do best. Woods is at the top (or near the top) of his game again, and Vonn is preparing for the 2014 Sochi Olympics.

Lindsey Vonn opens up about struggle with depression >>

Although the skier was injured in a severe fall at the 2013 World Championships (she had to be airlifted to the hospital), Vonn said she hopes to be ready for the 2014 games.

“I don’t know. I mean, I’m hoping that it won’t affect me. But I foresee that maybe if conditions are bad, like they were when I crashed, I might have more hesitation than I normally would.”

You can read the full interview with Vogue, out on newsstands Tuesday.

More about Tiger and Lindsey’s relationship