It appears that things between Kristen Stewart and her long-term boyfriend Robert Pattinson are over and the actress is battling to accept that. 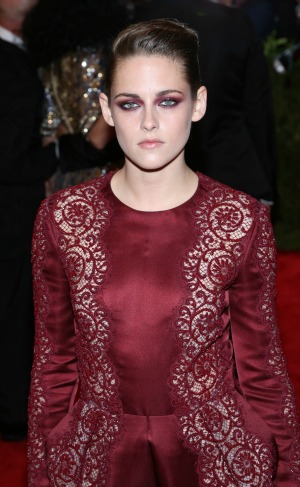 Kristen Stewart is said to have been having a tough time and is still struggling with heartbreak after her split with actor Robert Pattinson, which has reportedly led her on a path to Buddhism to help her get over the breakup.

The cause of the rift was due to the difficulties in the couple’s relationship after Stewart had admitted to having had an affair.

The actress had been dating her beau Pattinson for more than three years, after they met in the hit Twilight movie franchise.

Since the breakup, Stewart, 23, has begun practicing the Buddhist religion in the hope of gaining “inner peace.”

A source told Hollywoodlife.com, “Kristen has been studying Nichiren Buddhism. It’s a type of Buddhism, where you chant Nam-Myoho-Renge-Kyo.”

“Chanting is supposed to help you through tough times and bring you inner peace and ultimate happiness. Orlando Bloom and Miranda Kerr also practice the same type of Buddhism. [Kristen] has a couple of friends who practice and they encouraged her to get involved.”

Apparently, she has also been “scarfing hot pockets and listening to Van Morrison music” to help her through her misery.

To make the situation worse for poor Stewart, her ex-boyfriend has been ignoring her and there were recent rumors that Pattinson had been romantically linked to the late singing legend Elvis Presley’s granddaughter, Riley Keough.

Although the source also said,”[Kristen’s] actually doing pretty well, considering all the drama and heartbreak with Rob.”

“Kristen has not seen Rob since the day he moved out. It’s been hard, I mean she lost her best friend. She is still sad, but is trying to make the best of the situation.”

What do you think of Stewart’s heartbreak? Did the young actress cause this entire situation herself by cheating on Pattinson — or do you feel sorry for her now that her three-year relationship has ended?