Liam Gallagher has been the subject of tabloid gossip before. But with this new news, it could cost him his marriage. So who is telling the truth? 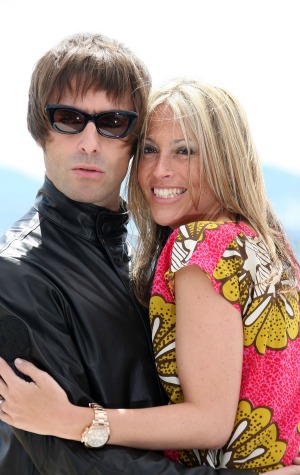 Liam Gallagher is no stranger to a questionable reputation. But it looks like this time he may not only have to explain to a court, but to his wife. The New York Post reports the Oasis singer is being sued by a woman who claims he fathered her child.

British tabloid The Sun said a “married British rock star is desperately trying to keep his U.S. love child a secret — fearing his wife will dump him,” but didn’t name Gallagher specifically. The New York Post (yet another tabloid) said they uncovered who that married rock star is.

The woman in the lawsuit is reportedly in her 30s, and interviews celebrities for a living. She claims she had an affair with Gallagher, which resulted in the child.

The worst part may not be just if he fathered a child he isn’t raising, but the timing of it all. The baby girl is apparently just under a year old, but Gallagher has been married since 2008. His wife is singer Nicole Appleton, a member of ’90s group All Saints.

The New York Post said that the case is in New York courts under Anonymous vs. Anonymous, and the woman is asking for $3 million. She may also be considering a paternity test.

However, Gallagher is not saying much about the report.

“Liam Gallagher’s lawyers are taking action against the New York Post,” a spokesperson for Gallagher’s agent told The Sun. “Further to that, we don’t comment on gossip like this.”

The comment wasn’t exactly a denial, but it looks like the singer won’t be saying any more on the issue. The two newspapers reporting the story are both tabloids, so unless the woman comes forward, there is a chance we will never know whether it is true or not.

Gallagher already has three children, and bought a home last year in New York. He has said he wants to move to the city when his children finish school.