It may be time for Charlie Sheen to grow up. He became a grandfather for the first time July 17, when his daughter Cassandra Estevez gave birth. 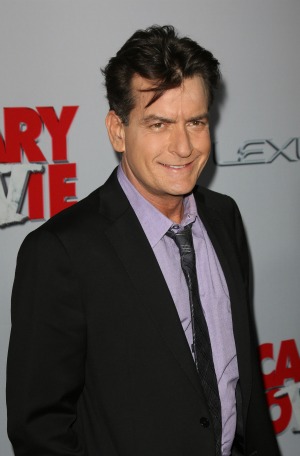 Charlie Sheen hit a big milestone on Wednesday, when he became a grandfather! Sheen’s daughter Cassandra Estevez gave birth to a baby girl. Although it’s possible the bigger milestone for the actor may be that something finally humbled him.

“It’s impossibly a most wondrous day,” Sheen told TMZ. “My bucket list is a thimble!”

Sheen confirmed Estevez’s pregnancy back in January on The Late Show with David Letterman, and was a little more wary of his new role than he seems now.

“Me as a grandfather, Dave, I don’t know,” he said. “It’s like the world’s going to crack in half. It’s fabulous. It’s just not a title I’m ready to adopt.”

It may be hard to believe because of the womanizing roles he has been playing recently, but Estevez is only one of the actor’s five children. He also has a 9-year-old and 7-year-old with ex-wife Denise Richards, and 4-year-old twins with third wife Brooke Mueller.

In the latest in Sheen’s family drama, Denise Richards is currently caring for Mueller and Sheen’s twins. The children were taken by social workers in early May and placed with Richards. According to the New York Daily News, Sheen is currently petitioning to stop paying the $55,000 in child support Mueller receives each month since she is no longer caring for the children.

Sheen’s new granddaughter may grow up being best friends with her two 4-year-old uncles, since they are so close in age. But at least Estevez knows she will always have a babysitter in the older children.

Sheen imparted his important parenting advice to Letterman, after being asked if he thinks he will be a good grandparent.

“Well, yeah, because you can leave the kid!” he joked (hopefully).