After leaving two other networks over the last few years, Keith Olbermann has found a new home, ESPN. It’s actually the network where he got his big break. 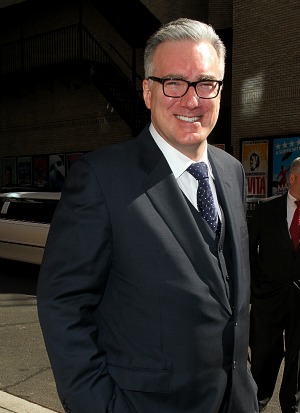 Keith Olbermann has been network-hopping over the last few years, but he’s heading back home to the network that made him a star. On Wednesday, ESPN announced that the newsman would return to the sports channel to helm a late-night show beginning Aug. 26.

The hour-long show will simply be called Olbermann and will air at 11 p.m. ET on weeknights on ESPN2. It will be based out of New York City and will feature interviews, panel discussions and highlights of the day.

One interesting thing to note is that the show will run opposite SportsCenter on ESPN, the show that made him famous. He began with the network back in 1992, but left after disagreements with the network’s management in 1997. The relationship was so contentious that Olbermann was not invited back for the 25th anniversary of SportsCenter‘s “Reunion Week” in 2004.

It looks like ESPN and the broadcaster have settled their differences and both are ready for a new chapter.

In a statement, Olbermann talked about his new venture.

“Apart from the opportunity to try to create a nightly hour of sports television that no fan can afford to miss,” the 54-year-old said. “I’m overwhelmed by the chance to begin anew with ESPN. I’ve been gone for 16 years and not one day in that time has passed without someone connecting me to the network. Our histories are indelibly intertwined and frankly I have long wished that I had the chance to make sure the totality of that story would be a completely positive one. I’m grateful to friends and bosses — old and new — who have permitted that opportunity to come to pass. I’m not going to waste it.”

The former MSNBC and Current TV anchor had been talking politics on his last two gigs, but he has been warned by the network to stick to sports, “pop culture and current events,” according to the New York Times.

Even though his last two gigs also ended on a sour note, ESPN president John Skipper sounds pretty upbeat about the renewed partnership.

The executive said in a statement,”Keith is a one-of-a-kind personality, and these shows will be appointment viewing for that very reason. Keith brings a blend of editorial sophistication and unpredictability — you can never be sure what you’ll get.”