The Irish rocker has made millions from his music career, but he always gives back. On Tuesday, Bono was honored by France for his global humanitarian work. 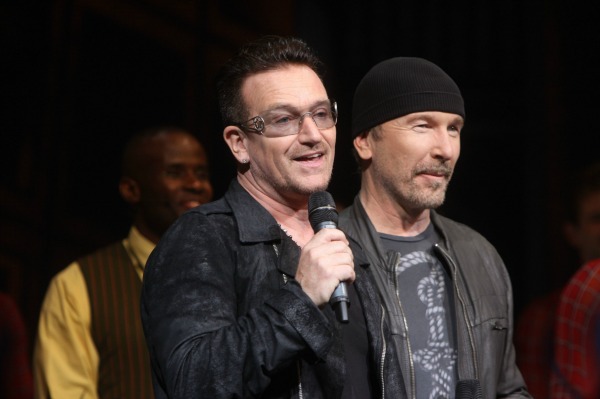 He’s a global superstar who also does a lot of good for those in need. On Tuesday, U2 frontman Bono was honored with France’s highest cultural award for his charity work.

The French Culture Minister Aurelie Filippetti presented the rocker with the Commander of the Order of Arts and Letters during a ceremony in Paris.

Filippetti said in a statement, “Beyond notes and beyond words, you committed yourself and dedicated your fame and career to wage some of the greatest wars of our time. Not for charity’s sake, but in the name of justice.”

Bono has put his fame and fortune to work for multiple humanitarian causes, but it his work to end poverty and hunger with the ONE Campaign that the 53-year-old musician is most noted for.

In a statement, Bono dedicated the honor to his bandmates.

He said, “I’ve got the biggest mouth and the loudest voice, but the music we make comes from each other.”

The Irish rock star is in good company with the award. Other famous celebrities who have received the honor include Bob Dylan, Shakira, Bruce Willis and David Bowie. The first presentation occurred in 1957.

This isn’t the only award he has received for his charitable endeavors. He has been nominated for a Nobel Peace Prize at least three times, he received an honorary knighthood from Queen Elizabeth in 2007 and he was Time magazine’s Person of the Year in 2005.

That’s a pretty impressive list for the Irish rocker.