Next month, Ashton Kutcher’s take on Steve Jobs hits theaters. In preparation for its release, a new trailer has debuted and it’s like nothing you’ve seen before. 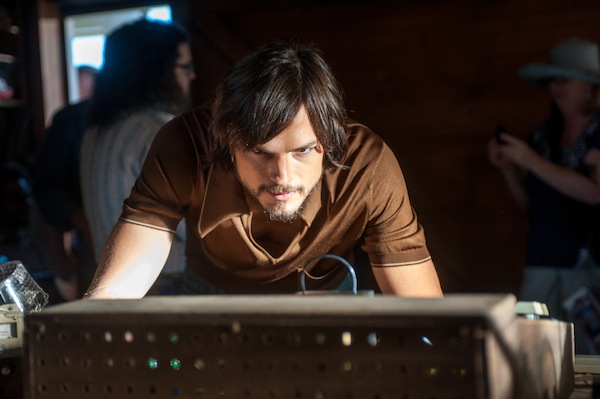 “Here’s to the crazy ones, the misfits, the rebels. Because the people who are crazy enough to think they can change the world are the ones who do.” That’s the chilling voice-over delivered by Ashton Kutcher in the latest Jobs trailer.

Open Road Films is taking the spirit of the late Steve Jobs to heart. The tech innovator is at the center of their upcoming biopic, where Kutcher attempts to fill his shoes. As part of the studio’s promotion blitz, they’ve released a new trailer in a new format. We’ve all seen trailers in theaters and on YouTube, but what about on Instagram?

Jobs is breaking the mold with one of the first Instagram movie trailers. It’s under a minute long and yet a supercut of emotion, triumph and inspiration. The official caption reads: “It only takes one person to start a revolution! Check out this 15sec #JobsInstagramTrailer & SHARE it to inspire your friends!”

So this is what Kutcher’s been up to while away from Two and Half Men. It looks like the actor may have a critical hit on his hands.

What do you think of Job’s Instagram trailer and clips?