James Franco is one busy man, but it looks like he is about to get even busier. He was announced as a guest star for multiple episodes of the new season of The Mindy Project. 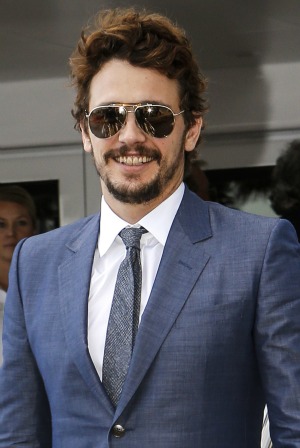 James Franco is becoming one of the busiest guys in Hollywood, and it looks like he’s adding one more thing to his plate. The actor has been announced as a guest star in the next season of The Mindy Project. The show made the announcement Tuesday via Facebook.

“Franco will play Dr. Paul Leotard, the charismatic and popular doctor who replaces Mindy at Shulman & Associates while she is in Haiti on a volunteer mission,” the show announced. “A former professional fashion model, Dr. Leotard radically altered his career goals after he accidentally walked off a runway at fashion week and was saved by a pregnant woman. From that day forward, he devoted himself to helping pregnant women and immediately applied to medical school.”

Kaling plays an OB/GYN in the series, and Franco is scheduled to appear for two episodes, including the season premiere on Sept. 17 on Fox.

The part sounds like the offbeat character Franco is used to. The world of young comedy in Hollywood seems to be getting smaller, and Mindy Kaling recently guest starred in Franco’s movie This Is The End (playing herself, like everyone else in the film).

The Mindy Project called Franco “one of the most celebrated actors of his generation”, and highlights his roles in 127 Hours, Pineapple Express, Oz The Great and Powerful and Freaks and Geeks. Franco also appeared in his own adaptation of As I Lay Dying, the film version of a novel by William Faulkner.

The actor will be appearing on Comedy Central in the near future, as the network has announced they will be throwing him a roast. Franco made the announcement earlier in July in a bizarre Instagram video. The roast will be filmed soon, but will air Sept. 2.