Bryan Cranston has played every kind of character, but knew he found something special in Walter White. He finds himself understanding the character’s motivations more and more. 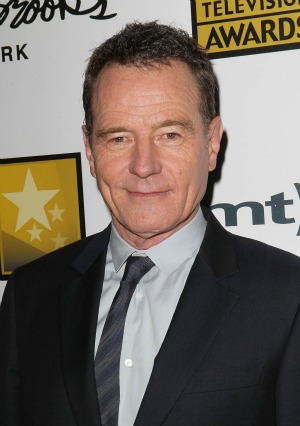 Breaking Bad has been Bryan Cranston’s life for years, and he has come to relate to his character, drug kingpin Walter White. The show will be ending soon, and Cranston will be on the cover of GQ’s August issue. He goes into what he has learned about the human mind.

“When I first read the script, that’s what struck me: I thought, ‘Tony Soprano, Dexter, Vic Mackey. When we were introduced to them, they were already that kind of person,'” Cranston said. “But I’m not sure this has happened before: Where we take one kind of person — bright, depressed, just turned 50, dying of cancer — and say, ‘For the next two years, he’s going to go on the greatest roller-coaster ride of his life.'”

Cranston’s character becomes who he is because of that cancer diagnosis, and the need to provide for his family. But he explains that the show went the direction it was always meant to, by taking away White’s reasons for doing what he does. The cancer, the lack of money — all his problems were solved — but White continues his business.

“What happened to Walt is something I related to, if I’m truly honest with myself,” he said. “I’ve come to realize that I think everybody is capable of that. If you came into a condition where you were under tremendous stress. And if I knew what buttons to push that threatened you and yours… You could become an extremely dangerous person.”

Not only has Cranston learned about himself, but he showed his versatility over the seasons of Breaking Bad. His last long-term job before landing the role was on Malcolm in the Middle, playing a character that probably couldn’t have been more different than Walter White.

But for Cranston, he knew this part was his as soon as he read the script.

“I told my agent, ‘Get me in there as fast as you can, because I know other actors are going to want to lift their leg on this,'” he explained. “It’s like, ‘I want to mark it. I want to spray it with my scent.'”

Five years later, the show has marked its place in TV history. The second half of the final season begins Aug. 11 on AMC.