Kristen Wiig plays an up-and-coming New York playwright who gets overwhelmed by the pressure to succeed and spirals downward until she’s force to move back in with her kooky mom, played by Annette Bening. This quirky indie film explores how far down the river of denial one family can sail. 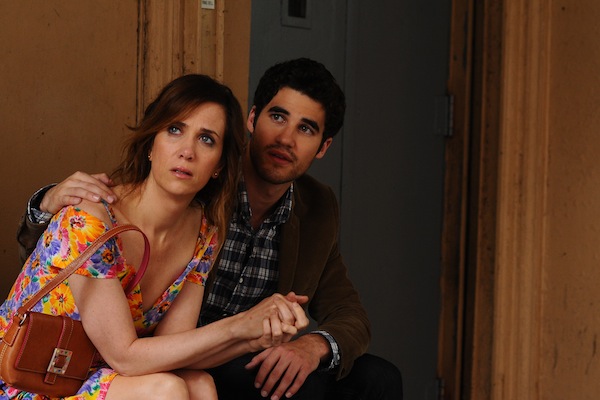 Imogene (Kristen Wiig), is a talented but struggling playwright. From New Jersey, she’s made the transition to the artist’s life life in Manhattan, even receiving a prestigious writing fellowship of $30,000 to spend a year writing a play.

But along with the fellowship came the pressure to succeed. All of Broadway was watching Imogene, expecting her to deliver the great American play. So what does she do? Spend all the money shopping with her shallow frenemies and go on vacations with her arrogant Dutch boyfriend, Peter (Brian Petsos). At the end of the year, not only does Imogene have zero pages of what was supposed to be her legitimate theater debut, her boyfriend Peter dumps her.

In a desperate attempt to get Peter back, Imogene fakes a suicide attempt, which lands her in the hospital. The doctors will only release her if she agrees to stay with her estranged mother, Zelda (Annette Bening). 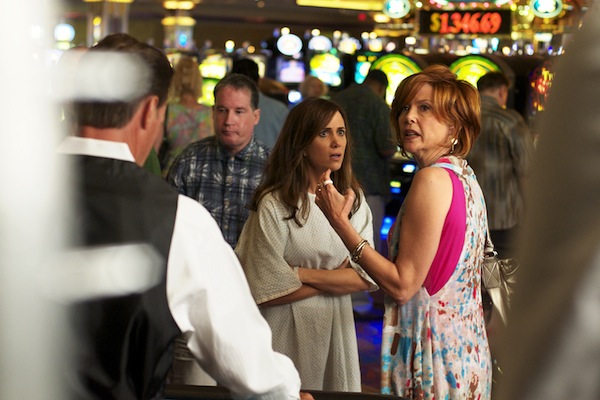 Zelda has her own issues, of course, including a gambling addiction and a freaky, recluse son named Ralph (Christopher Fitzgerald), who’s obsessed with hermit crabs. When Imogene returns home, she not only finds a hot, young stranger named Lee (Darren Criss) in her old bedroom, she also meets Zelda’s new live-in boyfriend, the Bousche (Matt Dillon), who may or may not be a CIA agent.

The best scene in the movie is when uptight Imogene gets drunk with young and free-spirited Lee, who shows her how to let go of all the stress and just have fun. For a few minutes, the movie lets go of its rigid brow beating of its characters and lets them be fully emotional and alive.

Kristen Wiig and Annette Bening are two of America’s finest actresses; unfortunately, the script doesn’t provide them with much to do other than argue with each other. There is no real healing or catharsis that takes place in this severely wounded relationship, and while the characters in the film are quirky, the movie never really leaps into full comedy mode. 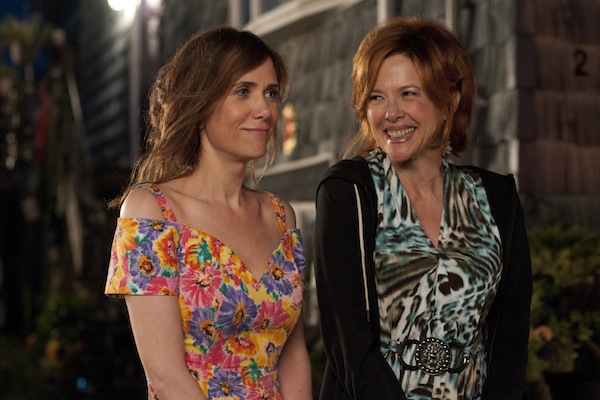 I sincerely wished the filmmakers had let Wiig and Bening truly get into the world of hurt each has experienced and let the laughs come from the brutality of their treatment of each other. Instead, we are left with a dramady that is neither very dramatic nor comedic.

Bottom line: Even this bunch of fantastic actors can’t make lemonade out of these lemons that are neither sweet nor sour, just bland.

Run time is 1 hour, 43 minutes. There are a few small scenes that play through the beginning credits, but nothing once the credits end.