This genre-busting flick combines elements of supernatural, western, action, comedy and even a little romance, making for a confusing premise and flat, static characters, despite the 3D. Hey, Ryan Reynolds — what gives? 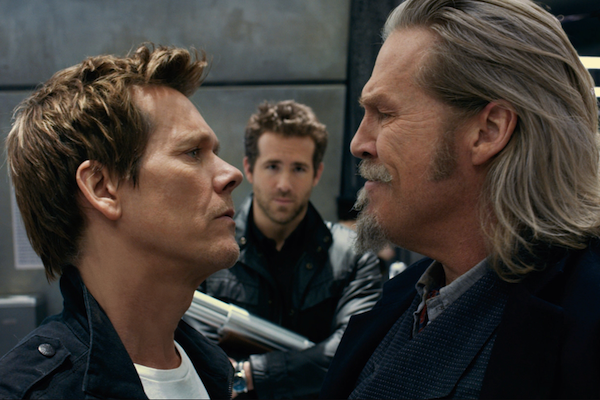 2 Stars: Perfect for those who like to watch puking in 3D

Nick (Ryan Reynolds) and his partner Hayes (Kevin Bacon) are cops in the Boston Police Department. Craving financial security, they decide to keep some solid gold artifacts recovered from a drug dealer. Nick, however, develops a guilty conscience and tells Hayes he’s going to turn in the gold, but he won’t squeal on his partner.

During a police raid, Hayes shoots Nick in the face, killing him and making it look like the work of one of the criminals. Hayes has gone greedy and wants to keep his gold and take Nick’s gold as well, since it’s still buried in Nick’s yard.

As Nick dies, he’s sucked up into a vortex that looks like a birth canal made of storm clouds. He arrives at his destination, which could possibly be heaven or something like it.

There, he’s met by the Proctor (Mary-Louise Parker), a perky, sassy gal who does intake for the R.I.P.D. — the Rest In Peace Department. Turns out, many lost souls are wandering planet Earth and need to be arrested. When cops from the terrestrial world die, they are given a job in this department. 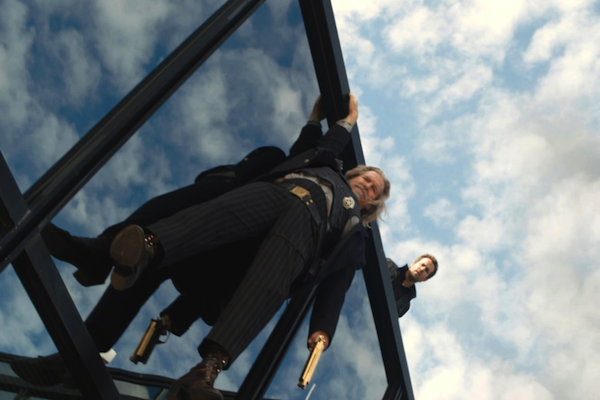 Nick is given a new partner named Roy (Jeff Bridges), a former marshal in the wild west of the mid-1800s. But Nick is furious at his fate and worries about his wife, now that Hayes is sniffing around her. Worse, Hayes is keeping a dark secret of epic proportions.

Nick and Roy pursue these undead criminal souls called “Deadoes,” who lurk on earth. Deadoes are crafty and use tricks to look like regular humans instead of the monsters they actually are. Nick and Roy ferret out these dangerous Deadoes by asking them questions about Indian food. More specifically, about their willingness to eat Indian dishes, like Tikka Masala. For some reason, when a Deado is near cumin, the spice commonly used in Indian cuisine, it reverts back to its ghastly, monstrous form.

Soon, Nick discovers that not only his wife, but the entire world may be threatened by a Deado apocalypse and it’s up to him and Roy to stop it. 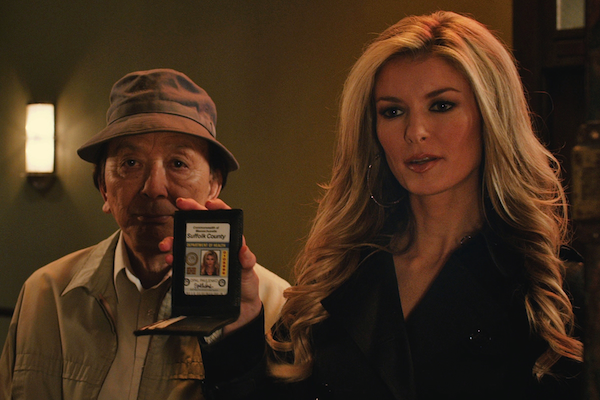 R.I.P.D. is based on a comic book by Peter M. Lenkov and often feels like you’re watching the Adderall-addled dreams of a crazed millennial who has seen too many zombie and cop movies. The only interesting and fully likable character is the Proctor, played by Parker in white go-go boots, but she barely gets any screen time.

Bottom line: This kooky genre mashup may feel fresh to some viewers, but ultimately, it’s the silly premise that never takes any real hold on its characters, leaving them struggling to make us care.