Someone has taken it upon themselves to impart advice to the world that they imagine would come from Pippa Middleton. But she doesn’t find anything humorous about it, and is threatening a lawsuit on its authors. 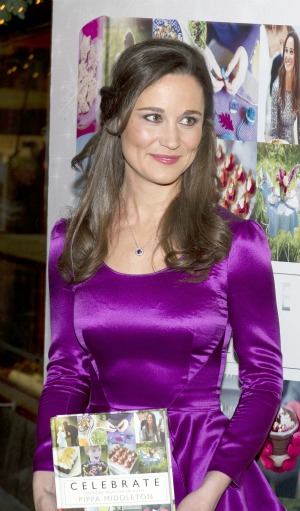 Pippa Middleton became a worldwide sensation when she stepped out at her sister’s royal wedding. She took that fame and did something she felt was useful — she wrote a book.

Celebrate: A Year of Festivities for Families and Friends was released in 2012 to very dismal reviews, and even worse sales.

The party-planning book inspired writing of another kind, a Twitter account parodying the sister of Kate Middleton. And Pippa doesn’t think it’s funny at all.

@pippatips gives some choice advice on living life… as a human.

Some of the tweets include such great advice as: “headache tablets can be a great in helping deal with a headache,” “avoid getting lost by consulting with a map,” “for the fashion conscious amongst you, stylish new clothes can often be acquired at shops by going shopping,” “finish typing before pressing send on a tweet,” and other great nuggets of information.

The Twitter account sprung up in Oct. 2012, according to the LA Times, and soon after the authors signed a book deal. When One Is Expecting: A Posh Person’s Guide To Pregnancy And Parenting is a book from Pippa to her sister — or at least what the authors think she would say.

The book offers some more great tips for expecting parents, such as: “toxic things are more harmful during pregnancy so it may be best to avoid any of your more gossipy friends,” and “if something makes you feel faint during pregnancy, DO NOT do that thing!”

The authors of both the Twitter account and book have remained anonymous, although many people have their guesses on who wrote them. In an anonymous interview with the Daily Mail, one of the authors gave some useful tips to finding information to write a book.

“Well it transpires that there’s all sorts of useful information you can get off the Internet by using the Google website,” they explained.

Due to the lackluster showing of her book, the 29-year-old author has since been dropped by her own publisher. But she had her legal team send a letter to the parody book’s author demanding that they delete the Twitter account @pippatips, or she will pursue legal action.