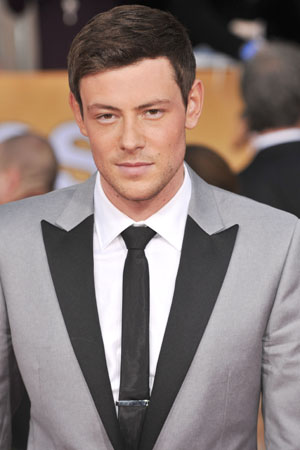 Cory Monteith’s untimely death Saturday night at 31 was widely assumed to be the result of an overdose. It seems like those assumptions were accurate: The British Columbia Coroners Service in charge of the Glee star’s autopsy confirms that he died of “drug toxicity” — an accidental overdose of heroin and alcohol.

Kristen Johnston on Cory Monteith: Death was “not shocking” >>

“The investigation into this death by the BC Coroners Service is continuing, and no other details are available at this time,” the office said in a statement. “It should be noted that at this point there is no evidence to suggest Mr. Monteith’s death was anything other than a most-tragic accident. When the investigation is concluded, a Coroners Report will be issued.”

The popular actor’s body was found late Saturday night at the Vancouver’s Pacific Rim hotel, just three months after he checked into rehab to deal with his ongoing issues with drugs and alcohol. Friends said he seemed to be on the straight and narrow since leaving rehab, but others say he lived a double life: Clean in Los Angeles and drugged out in Canada.

His cousin alluded to Monteith’s continuing drug problems during an interview with a Canadian news network.

“Please don’t judge on what is gonna be coming out,” Richard Monteith told Canada’s Global BC TV on Monday. “Glass half full. All the good things that he’s done. There’s more things on that side to focus on.”

“As guys, we didn’t really talk too much about problems,” he continued. “But for me, anyways, that’s not the focus. People are gonna focus on this last chapter as a bad thing. Don’t use the last chapter to judge someone’s life… Because his life is full of beautiful stories and failures and successes. It doesn’t matter about his problems. It matters about the lives he changed. It matters that he was genuine.”

And we’ll miss him.