Royal baby fever sweeps the world as London residents camp outside St. Mary’s Hospital. And now the Duchess of Cornwall says the baby is expected this week! 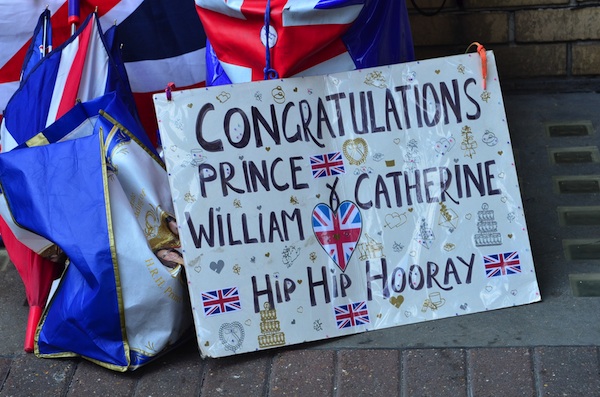 Royal baby name update! We have an official royal title! >>

Camilla, the Duchess of Cornwall, is married to Prince Charles. As Kate Middleton‘s stepmother-in-law she is naturally very close to her oldest stepson’s wife. Duchess Camilla and Prince Charles were candid with locals about Middleton’s delivery date, which could happen at any moment, as they toured the English countryside on Monday.

Is the royal baby at risk? Dangers royal children face >>

Local resident Trudi Lindsay chatted with Prince Charles during a stop on the tour. Lindsay brought along her three small children to see Prince Charles, including a 3-week-old infant. When Lindsay remarked to Prince Charles that he would soon get to meet his first grandchild, the royal responded “hopefully” as he laughed.

And while Prince Charles may have only uttered a word, Duchess Camilla was much more forthcoming on royal baby details. “We are all just waiting by the telephone,” said Camilla to a crowd who gathered at a hospice. “We are hopeful that by the end of the week he or she will be here.”

Royal baby countdown: All the updates on the royal baby >>

Royal baby fever is reaching an intense level, with press camped outside St. Mary’s Hospital in Paddington, London. Clocks are posted with makeshift labels that say “London Baby Time” while fans are already holding balloons and flowers to congratulate Prince William and Kate Middleton on their first child.

Here’s Camilla, the Duchess of Cornwall, speaking about the royal baby on Monday: