Months after announcing they were expecting their first child, Josh Duhamel spills the beans and reveals that he and Fergie are having a boy. 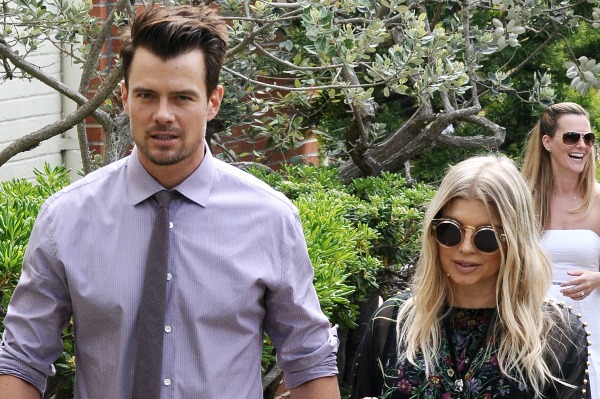 Celebrity couple Josh Duhamel and Fergie have been positively giddy ever since announcing that they were expecting their first child together back in February. Now they’ve got some more good news to share: Popsugar reports that Duhamel confirmed that he and Fergie are expecting a little boy during his appearance on Live! with Kelly and Michael. The episode is set to air tomorrow, but the news is already spreading like wildfire.

Once news of the little one’s imminent arrival was announced, Duhamel made it clear that he couldn’t wait to be a daddy. He told People back in March that seeing Fergie carrying their child took their relationship “to a whole new level.” Now that they’re having a boy, his excitement level is probably through the roof knowing that he’ll have a little buddy to hang out with soon.

As for Fergie, this isn’t the only bit of exciting news that she’s shared with the world recently. In addition to a new baby, she also has a new name. As we reported earlier this week, Fergie (aka Stacy Ann Ferguson) officially became Mrs. Fergie Duhamel on July 10.

With a new name, a new baby, and now the news that their child is a boy, things are moving fast for the couple. According to People, Fergie’s due date is sometime in late August or early September so they’d better get cracking on painting that nursery blue and buying all those toys that their little boy will love.

No word yet on whether the couple has already picked out a name for their soon-to-be new addition or if they’re waiting to do that after he’s born.

Are you excited to learn that Fergie and Josh Duhamel are expecting a little boy?