Paula Deen has lost a lot in just a few months, but she may have a friend in Cheryl Burke. The dancer is hoping she can join Dancing With the Stars. 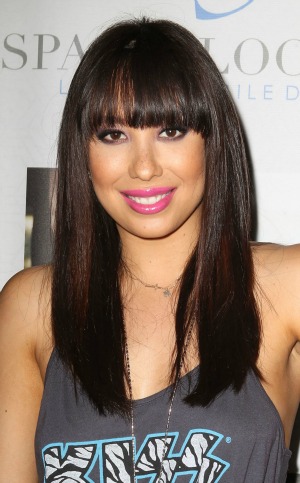 Paula Deen has lost much of her living in the scandal surrounding her testimony in a deposition where she admitted to using the N-word. After the admission, she lost her job on Food Network and also many of her sponsors.

So what’s next for Deen? Cheryl Burke thinks she has the answer.

The professional dancer said she would love to see Deen join next season’s Dancing With the Stars.

“I think you’d probably see a different side of her, and I think she would be a great addition to the cast,” Burke told ET Canada. “I think coming on something light and fun would be something good for her.”

The show could be taking a risk by adding Deen, but it could be a lifesaver to the chef who is left with a lot of free time on her hands. If the ABC show does ask her to join, this wouldn’t be the first time they’ve come calling.

“They did ask me and I said no,” Deen told Extra in 2010. “Fat girls don’t look good sweating. I’ve got catfish arms. And I’ve got — is that a muffin top right there?”

Since the interview, Deen has undergone a dramatic weight loss. Between that and the loss of her income sources, the show may be looking better to her.

Burke also spoke about the rumors that the Dancing With the Stars judging panel could look different this fall.

Carrie Ann Inaba, Len Goodman and Bruno Tonioli have been judging on the show for what seems like forever, but no one seems to know if all three will be coming back.

“I don’t really know exactly what’s going to happen with the judges, but I love all three,” Burke told ET. “I think it would be great to have a guest judge come in every single week.”