The death of Cory Monteith is still officially shrouded in mystery — but some say the Glee star wasn’t nearly as clean and sober as his LA friends thought. 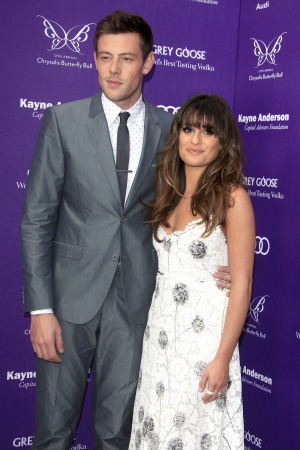 Did Cory Monteith fall off the wagon before his death last weekend? While an official cause of death won’t be released until autopsy results are in later this week, sources close to the situation are painting a grim picture of the actor’s final hours.

Although Monteith just went to rehab in April for the second time, an insider told E! News that “numerous amounts of alcohol” and other unidentified substances were found in the star’s Vancouver, British Columbia, hotel room and that he had been “partying with his friends” earlier in the night.

Another source told TMZ that Monteith led a double life: Clean and sober in Los Angeles with trips to Vancouver that fueled his addiction. Monteith was always on the straight and narrow when it came to his hit show Glee and never showed up on set under the influence, but would fall back into bad habits whenever he went home to Canada.

An interview with the actor’s cousin Richard Monteith, who was with Cory Monteith the weekend he died, seems to bear out the theory that the tragedy was related to drugs and/or alcohol.

“Please don’t judge on what is gonna be coming out,” Richard Monteith told Global BC TV in Canada on Monday. “Glass half full. All the good things that he’s done. There’s more things on that side to focus on.”

“As guys, we didn’t really talk too much about problems,” he said. “But for me, anyways, that’s not the focus. People are gonna focus on this last chapter as a bad thing. Don’t use the last chapter to judge someone’s life … Because his life is full of beautiful stories and failures and successes. It doesn’t matter about his problems. It matters about the lives he changed. It matters that he was genuine.”

Monteith was gearing up to take on an even larger role on Glee this season, and now producers are scrambling to figure out how to fill the hole his death leaves in the cast and plotlines.

“They may decide to handle what happened honestly; his character may be portrayed as dying suddenly and shockingly. That may provide both the cast and the public to grieve,” crisis communications expert Glenn Selig of The Publicity Agency told FOX411’s Pop Tarts.

“Whatever producers decide to do they will need to tread carefully because Cory Monteith was so well liked and what happened is so incredibly tragic.”