It’s been awhile since we have heard anything about Kevin Richardson after his hiatus from the Backstreet Boys. However, good news is always worth a mention and the star has recently received a lot of good news! 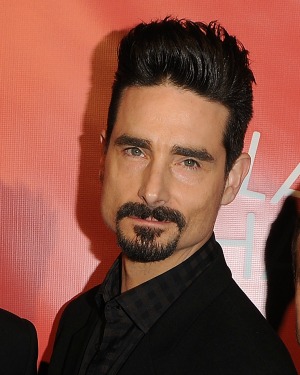 Backstreet Boys band member Kevin Richardson and his wife of 13 years, Kristin, recently welcomed a new addition to their happy family. Kristin gave birth to a healthy baby boy last Wednesday and the doting dad couldn’t help but share the news with his fans.

He took to Facebook on Thursday last week to alert them about the delivery news and his little bundle of joy when he wrote, “Special delivery! Another Richardson boy… At 3:05am Wednesday morning (7/10/13), Maxwell Haze Richardson decided to join the party. He is a stout 9 lbs. 8 oz. / 23 inches long. Love! Love! Love!”

The singer first announced via Twitter in April that the couple were expecting a second child. Richardson posted an image and tweeted, “The Easter Bunny brought a very special egg this year!”

A very special egg it has been, indeed! On Friday, the day after Richardson’s Facebook announcement, he took to Twitter again to post a photo of his baby son Maxwell — cradled in the arms of 6-year-old son Mason. He captioned the image simply when he wrote the word, “Blessed.”

Congratulations to the singer and his wife, Kristin Kay Willits, who have been married since 2000 and welcomed their first son in 2007. The happy family can now enjoy a beautiful second addition to their household.

Lately, there has been even more good news for Richardson, as he rejoined the other members of the Backstreet Boys after his six-year hiatus.

Not long after the reunion, the band announced on Good Morning America that they would be releasing their first studio album with Richardson since his departure.

The new album, titled In a World Like This, is scheduled to be released on July 30, followed by the kick-off of their world tour next month in Chicago. Get those tickets ready, girls, because Backstreet’s back!