Those of us who like to bemoan a lack of unique ideas coming from Hollywood have to shut our yaps when it comes to R.I.P.D. This movie, starring Ryan Reynolds and Jeff Bridges, takes a cop movie, throws in a side of World War Z and a dash of Fast & Furious. This gives us the perfect excuse to do two things: Sit in the theater and stare at Ryan Reynolds, and take a look at his past roles. 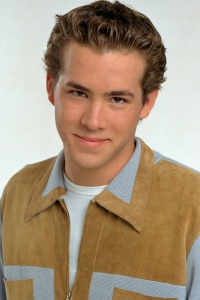 In Two Guys, a Girl and a Pizza Place, a very young Ryan Reynolds stars in his generation’s version of Three’s Company. The two guys, a girl, and a misunderstanding format was an excellent launching pad for Reynolds. Here, he got to showcase his comedic timing and his boyish good looks, though we’re guessing he’d wish this PR shot would go away. He looks annoyed in it, even back then. 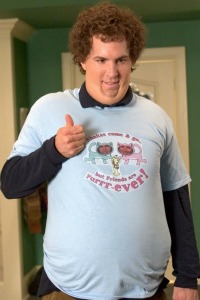 That comedic timing came in handy for the hilarious fat-kid-turned-big-shot-hunk role Reynolds would take on in Just Friends. Lest Reynolds ever get too big for his handsome self, he can take a look at these humbling fat suit images. His role in Just Friends is an endearing reminder of how hard it is to shake your inner fat kid, no matter how cool you become.

Keep up on all your favorite hunks! Subscribe to our newsletter >> 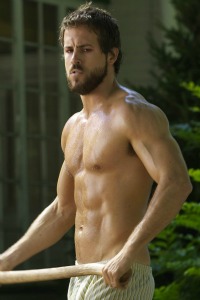 There was nothing funny about Reynolds’ The Amityville Horror remake — it was downright freaky. This is one remake that far surpassed the original. Gone were the not-so-special effects of the original and the hideous wardrobes. In fact, there was very little to Reynolds’ wardrobe and he walked around half-naked much of the movie — which was well worth having the hell scared out of us. 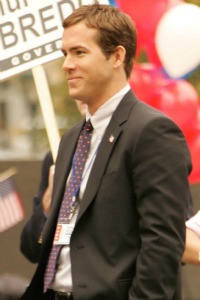 In Definitely, Maybe, Reynolds plays a character going through a divorce who tries to explain the complexities of relationships to his 10-year-old daughter by retelling his romantic past. He changes the names of the women from his past and leaves it up to his daughter to figure out who her mom is. This movie had us wondering — where are the single dads like this in real life? 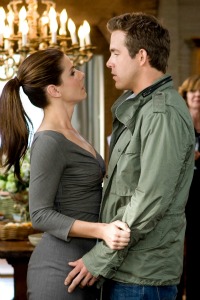 If only we were facing deportation and the only answer was to marry Reynolds! That’s the premise of The Proposal, where the fiercely intimidating and career-driven Margaret (Sandra Bullock) has to get married quickly or return to Canada. Good thing she had a hottie like Reynolds working for her! 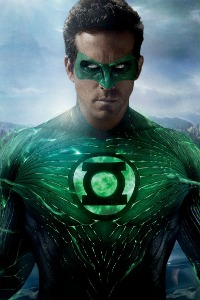 In Green Lantern, Reynolds proves that he can turn green, purple, red — whatever — and we’ll run to the theater to soak up some of Reynolds’ fineness. He was a superhero to us well before he put on the green ring and started saving the universe, but until Green Lantern, we didn’t fully appreciate what a bada** Reynolds can be. That pretty much sealed the deal for us.