Brad Pitt and Angelina Jolie have had a stressful past few months. To blow off some steam, Brad decided to embark on a weeklong partying trip! 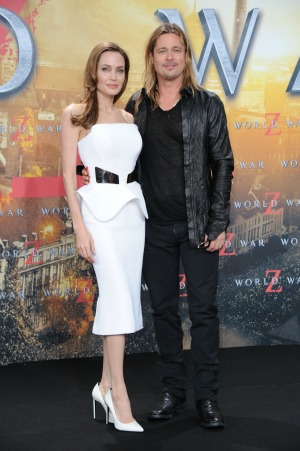 Brad Pitt has been under a lot of pressure since his fiancée Angelina Jolie’s double mastectomy surgery, including the constant traveling and promotional duties he has had to perform for his new film World War Z.

Jolie was kind enough to give the actor a reprieve from his everyday life and allow him the time to enjoy a holiday with his male friends in Europe.

Brad stayed at his friend George Clooney’s famous Lake Como villa in Italy while the The Descendants star was away filming in England.

It is a pity Clooney couldn’t join them as he could have no doubt used the time to blow off some steam, too, following his recent split from Stacy Keibler.

A source told The Sun newspaper: “Brad chose to get on the booze in France and Italy once Angelina told him to take a break. She could tell he needed to let his hair down after a stressful few months, so she told him to go and have a boozy week with his mates and get it out of his system.”

The handsome actor is said to have enjoyed a weeklong luxurious and alcohol-fueled holiday in the south of France, partying with U2 stars Bono and Larry Mullen. Pitt even found himself spending a few days in Microsoft co-founder Paul Allen’s luxury home.

Jolie and Pitt are due to tie the knot later this year, so perhaps this was Pitt’s bachelor send-off, one final (drunken) party with the boys!

It is rumored that the couple are planning a beautiful summer wedding at their French estate Chateau Miraval. The wedding will most certainly be one that everyone will need to see photos of!