Menacing doll: check. Sinister antique music box: check. House built in the 1700s: check. Creepy walled off cellar: check. Five vulnerable little girls: check. Based on the files of real-life paranormal investigators Ed and Lorraine Warren, this thriller-chiller has everything it needs to scare the junk out of your antique trunk! 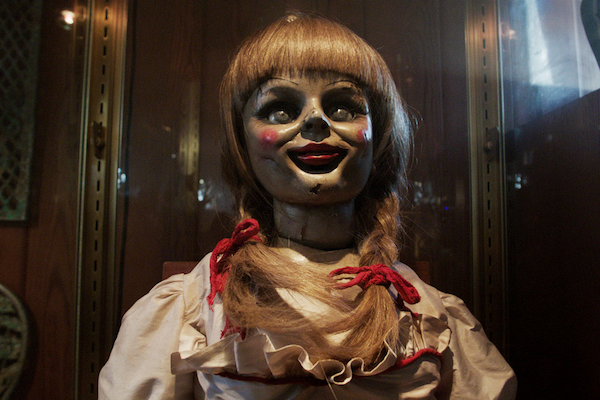 4 Stars: Perfect for those who believe in the dark side

Roger (Ron Livingston) and Carolyn Perron (Lily Taylor) decide to move their five daughters to a farmhouse in rural Rhode Island in 1971. Little do they know, multiple gruesome murders have taken place in the house and surrounding area.

Very quickly, the Perrons discover their new home is violently haunted, perhaps even possessed by demons. Carolyn seeks the help of demonologists Ed (Patrick Wilson) and Lorraine Warren (Vera Farmiga) as they give a lecture at a nearby college.

Ed is reluctant to help the Perrons because Lorraine is still recovering from a recent investigation that left her emotionally scarred. But Lorraine gathers her courage and they agree to head to Rhode Island. 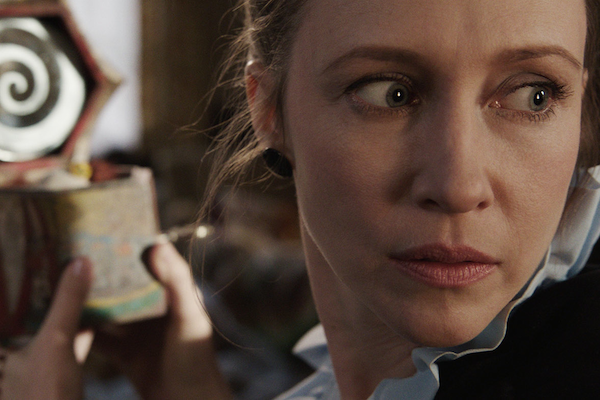 According to the Warrens, demons move in three, escalating stages: infestation, oppression and, finally, possession. Let’s just say, we get a cold, hard look at all three.

The story of both families, the Warrens and the Perrons, gets told here, making for a distinct structure and heightening of stakes. The Warrens have a young daughter whom they worry is vulnerable to evil spirits, as well as the five Perron sisters. Great care is taken to be sure no demons hitchhike a ride to the Warren home with Ed or Lorraine, but with any supernatural ocurrance, there are no guarantees.

Director James Wan (Saw, Insidious) foregoes his typical blood and gore for true psychological terror and demon possession. The 1970s styling is spot on and adds to the bad vibe of this haunted house, invoking classic horror films like Rosemary’s Baby and The Exorcist.

The Conjuring: Trailer, cast and more >> 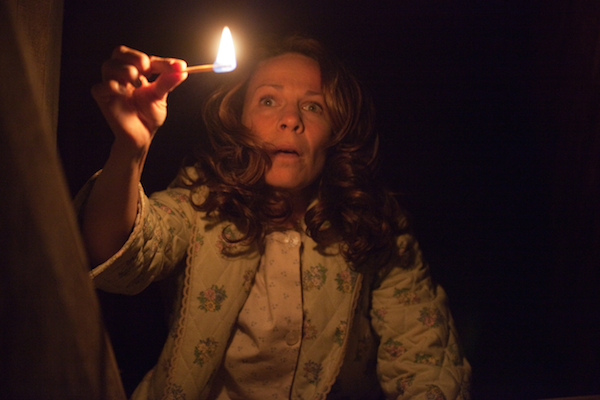 Vera Farmiga gives a smashing performance as Lorraine Warren, making her a three-dimensional soul who’s both brave and tortured.

Over the last few years, the real Lorraine Warren has appeared on A&E’s ghost investigation show, Paranormal State, that also stars hottie Ryan Buell. Now in her 80s, Lorraine is a beautiful, stately woman who spends her days balancing the light and the dark sides of the spirit realm.

Bottom line: The Conjuring made me scream out loud no less than six times, while providing numerous chills and thrills. What’s fresh about this movie is that it makes the investigators as dynamic and interesting as the victims of this real-life horror show. Enjoy — if you dare!