Claire Danes gets candid in the latest issue of Vogue. The Emmy-winning actress reveals her career struggles before striking gold with Homeland. 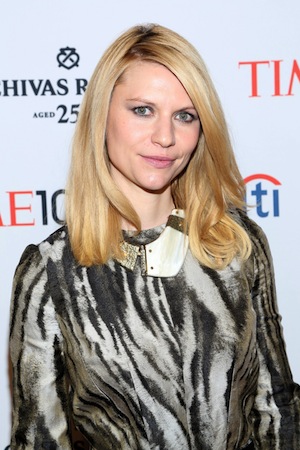 These days Claire Danes is the reigning queen of TV drama. Thanks to her role as Carrie Mathison on Showtime’s Homeland, she’s earned more critical praise than she can handle. Her performance has earned her a Primetime Emmy Award as well as two Golden Globes.

The former teen star is no stranger to success, but her career hasn’t always been on the up and up. In the Aug. 2013 issue of Vogue, Danes reveals a harsh truth about acting — the down time. Despite her award-winning performance in 2010’s Temple Grandin, Danes was “stuck.”

“It was confusing,” Danes says. “I got a lot of plaudits, and it didn’t translate into more work. I was really, really struggling during that time.”

How bad did it get? The professional drought made the actress doubt herself and her craft. “It was grim. I was very hurt. Two years of not working was brutal,” she remembers. “And a point came where I thought, ‘I really like interior design.'”

Homeland geared up for another emotionally charged season >>

Danes sought the wise words of Hollywood’s veteran actresses. She looked to Meryl Streep, Susan Sarandon and Jodie Foster for guidance. What they gave her was some harsh truths that helped her get out of her funk.

“You have to pick your battles on set,” she reveals. “You have to come to work from a place of love. You have to stay hydrated when you have crying scenes. You have to go to college. And you have to ask for money because there’s always more money and they won’t give it to you because you’re a girl!”