Chris Brown is still paying for his assault on ex-girlfriend Rihanna more than four years ago. After being involved in another scuffle in May, a judge has decided to revoke his probation. But is he headed to jail? 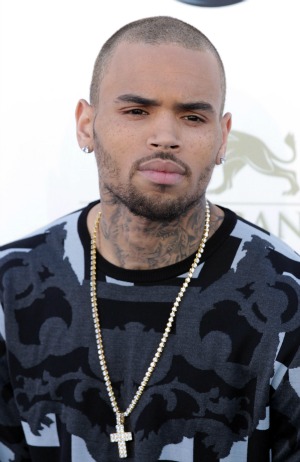 Chris Brown is back in trouble after a judge learned of an alleged hit-and-run incident involving the singer. The judge ordered the 24-year-old’s probation revoked in the 2009 assault case against Rihanna.

Brown was released on his own recognizance, but the hit-and-run case will be back in court July 23. According to CBS News, Brown was charged with the misdemeanor for not having a valid driver’s license.

Since the 2009 assault on Rihanna, Brown has been working to fulfill the requirements of his probation, but he has been in and out of trouble since then. He was accused in an assault on singer Frank Ocean earlier this year, but Ocean decided not to pursue the case against Brown.

The crash wasn’t a serious one, but because of Brown’s past problems, it became a big deal. He allegedly rear-ended a car stopped at a red light in May, and police later found he doesn’t have a valid license.

The driver of the car Brown — who was with girlfriend Karrueche Tran at the time — allegedly hit said the singer was polite at first, but when she kept asking for his identification and insurance, he turned into a different person. She then took a photo of the couple “and then they went ballistic,” according to CBS News.

She said his attitude changed in just a matters of seconds.

“I was so shocked that I was speechless,” the woman said in the statement. “Just a moment ago he was a nice guy. After screaming some insulting nonsense for a while longer, he slammed a door and drove away fast and noisy.”

Chris Brown didn’t agree with the judge’s decision, and tweeted his frustration on Monday.

“I did everything I was suppose to do during the so called hit n run, I provided the correct info,” he said. “There were no injuries or damages. C’mon!!”

Brown is free for now, but another hearing is set about the probation issue on Aug. 16. TMZ reports that Brown could be sent to prison for up to four years for violating his probation.