Johnny Depp never lets a box office bomb get him down. He is brushing himself off and moving on to the next project, which may be a role he has already played. 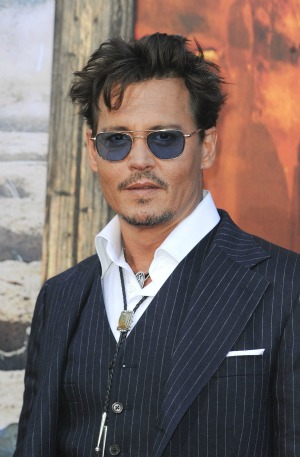 After an interesting couple of weeks for Johnny Depp, it looks like he is now just trying to look to the future.

After years of waiting, Depp’s film The Lone Ranger was finally released, and didn’t do nearly as well at the box office as expected. But the actor is already reportedly in talks to start yet another new project.

Deadline.com is reporting that Depp is in final negotiations to reprise his role as the Mad Hatter in a sequel to 2010’s Alice in Wonderland.

The first Alice in Wonderland film was directed by Tim Burton, Depp’s partner in crime for many of his projects. But it looks like Burton won’t be on board for this film. He is being replaced with Muppets director James Bobin for the sequel.

Depp is in the middle of a “first look” deal with Disney to produce film projects. He is also rumored to have won the lead to Mortdecai, based on the 1970s books, in a role that Depp seems born to play. The books follow an “eccentric and debonair” English art dealer, according to the Guardian.

Alice in Wonderland earned over $1 billion worldwide at the box office, and it could be difficult to repeat that success without Depp involved. The Lone Ranger, by comparison, cost $215 million to make. After two weeks out, it has earned less than $120 million, far below predictions.

Depp still has his A-list status, despite a few recent flops, and is staying busy doing what he loves most. The actor went through a big breakup and just turned 50, but seems as happy as ever. He has two films, Transcendence and Into the Woods, coming out in 2014. But maybe most exciting is that the actor has signed on for Pirates of the Caribbean 5, set to come out in 2015.

The new Lone Ranger: Who is Armie Hammer? >>

With his busy schedule, if he is on board for Alice in Wonderland 2, there is a good chance the film won’t be out until at least 2016.