The iHeartRadio Music Festival is becoming a nationwide event, and 2013’s festival may be the best lineup yet. 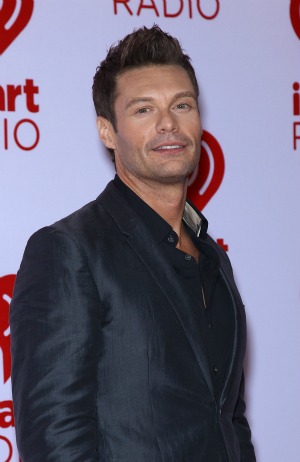 The iHeartRadio Music Festival is becoming a yearly retreat for the who’s who of the music industry, and it’s officially going to be back, bigger and better, for a third year. The festival announced their lineup for the 2013 festival, to be held Sept. 20-21 in Las Vegas.

According to radio industry site AllAccess.com, iHeartRadio will also be adding an outdoor, daytime concert this year near the Las Vegas strip, and that lineup is also full of music industry A-listers. Miley Cyrus, The Wanted, Jason Derulo, The Band Perry, Avril Lavigne, AWOLNation, Ne-Yo and others will all be performing during the day at the festival.

Ryan Seacrest has signed on again to host the music festival, put on by one of his employers, Clear Channel Communications.

“Last year, the iHeartRadio Music Festival sold out in minutes, trended worldwide on Twitter, dominated the media and ruled the airwaves, and inspired fans from all around the world,” Seacrest told AllAccess. “This year, the iHeartRadio Music Festival becomes a trilogy — remixing, redefining and rewriting music history. I couldn’t be more excited to be a part of this must-see, one-of-a-kind total-music experience.”

The festival is not just a music experience, but is also full of celebrity fodder. In 2012, Billie Joe Armstrong of Green Day went on a rant about the music industry (and then to rehab), Pink and Gwen Stefani shared a kiss and big stars showed up unannounced. The 2013 festival is likely to be full of just as much fun.

Tickets for the iHeartRadio Music Festival go on sale Saturday, July 20. But if you are not in Las Vegas, there will be plenty of ways to see it. The event will be broadcast across Clear Channel radio stations and will also be aired on the CW on Sept. 30 and Oct. 1.