J.K. Rowling is now the most successful living writer in the world, but she wanted to see what she could do without that name. So she wrote a book under the guise of a male veteran. 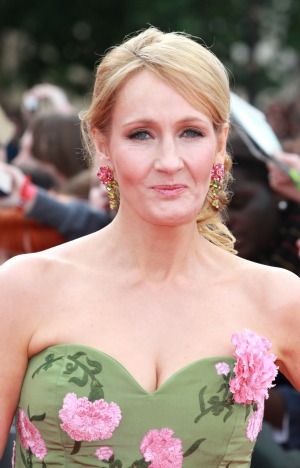 J.K. Rowling has proven time and time again that she is a talented writer. But without the allure of Harry Potter, how many people will read her books?

It turns out Rowling’s name means more to readers than just Harry Potter.

Rowling has revealed she is the author of The Cuckoo’s Calling, a book believed to be written by ex-military member Robert Galbraith. Rowling confirmed Galbraith was her pen name for her new project, and that she created that pen name because it gave her freedom in her writing.

“I hoped to keep this secret a little longer because being Robert Galbraith has been such a liberating experience,” Rowling said, according to Sylvia Hui with the Associated Press. “It has been wonderful to publish without hype or expectation, and pure pleasure to get feedback from publishers and readers under a different name.”

The Cuckoo’s Calling is about a returning war veteran who becomes a private investigator. The book is pure crime drama, and has the main character investigating the death of a model.

Although Rowling confirmed the connection, it was the Sunday Times that figured out the author was behind the book. The newspaper asked why a first-time author “with a background in the army and the civilian security industry could write such an assured debut novel.”

While the paper was investigating, they found that Rowling and Galbraith shared an agent, editor and publisher, and the writing styles seemed similar.

J.K. Rowling to build Hogwarts tree houses for her kids >>

When the Sunday Times revealed the news, The Cuckoo’s Calling had sold around 1,500 hardback copies. But since the announcement, it climbed to the top of Amazon’s best-selling list. Rowling already tops the list as the most-successful living writer, having sold more than 450 million copies of her Harry Potter books worldwide.

She released a book for adults earlier this year, but it did not do well with critics.

The author said that Galbraith’s series would continue, and her publisher said the second book will be out in 2014.