Justin Timberlake’s new tune “Take Back the Night” has left many scratching their heads, wondering why he’s seemingly singing about sexy times with the name of an anti-sexual violence group. 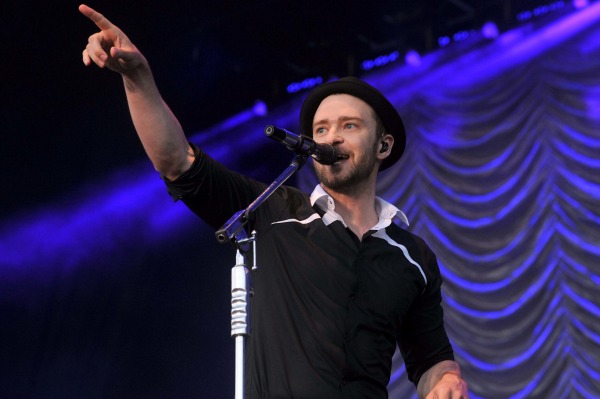 No one told Justin Timberlake that the title of his new single “Take Back the Night” is actually the name of a long-standing foundation that fights violence against women — but the Take Back the Night Foundation certainly noticed.

Upon hearing the dance tune — in which Timberlake sings about partying and sex — the group said “not cool” and had their lawyers fire off a letter to the star.

“Everyone at Take Back the Night is really shocked, because normally, we get asked when people want to use the name,” the foundation’s Executive Director Katherine Koestner told Radar Online. “Normally entities as large as Justin Timberlake do very kind and thoughtful things to support our cause.”

“The lyrics are definitely very sexual and not at all clearly anti-sexual violence,” she said. “‘Use me,’ for example, is not a great phrase for anyone affiliated with the organization.”

“We tried to contact him through his website and got no answer,” Koestner revealed. “Then we sent him a letter Friday from our legal counsel saying, ‘You used our name without our permission.'”

“His legal agent got back to us and said they’re sorry,” she said. “His agent said, ‘Justin’s a good guy! He’s a family man!’ They claimed he’d never heard of us before he wrote that song. I don’t know what country he’s been in. I suppose it could have slipped off his radar screen somehow. Somebody working for him definitely messed up.”

And for his part, as soon as Timberlake was made aware of his unfortunate choice of words, he immediately apologized.

“Upon the release of my new single ‘Take Back The Night’, I was made aware of an organization of the same name called The Take Back The Night Foundation,” he said in a statement to Radar Online. “I wanted to take this opportunity to let all know that neither my song nor its lyrics have any association with the organization.”

“As I’ve learned more about The Take Back The Night Foundation, I’m moved by its efforts to stop violence against women, create safe communities and encourage respectful relationships for women — something we all should rally around. It is my hope that this coincidence will bring more awareness to this cause.”

“Take Back the Night” is the first single off Timberlake’s upcoming album The 20/20 Experience — 2 of 2. The single is available for iTunes download, but you’ll have to wait until Sept. 30 to get the rest of the album.