Paris Jackson has left the hospital after being committed for having cut her wrists with a kitchen knife and taking as many as 20 ibuprofen tablets. What’s next for the teenager?

It has been a very hard month for Paris Jackson, 15, following her attempted suicide on June 5. The teenage daughter of the late Michael Jackson is reported to have checked out of the UCLA Medical Center on Tuesday and moved to an undisclosed residential treatment center. 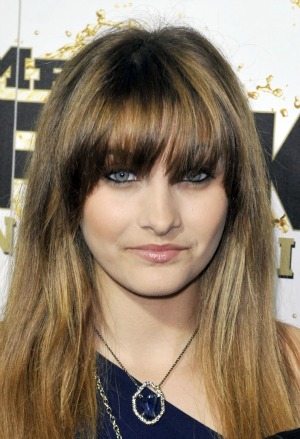 According to reports from People, UCLA doctors advised Jackson’s grandmother, Katherine, and her biological mother Debbie Rowe about a new facility where the teenager can receive further treatment.

“The feeling is that Paris is still a danger to herself,” a source told People. “Both Katherine and Debbie want her to get the help that she needs.”

The location of Paris’ new treatment center remains undisclosed. However, a source close to the family confirmed to Us Weekly that the facility was chosen by her grandmother and mother.

“Debbie has advised Paris on her treatment every step of the way and has been there for her,” the source said.

The source continued to say, “As far as Paris is concerned she is fine and is ready to go home, but the doctors and her family are not taking any chances. She tried to end her own life and it doesn’t get more serious than that.”

“They are terrified she will have a major relapse if she has access to Twitter and the Internet again.”

It has been reported that the root of Paris’ depression is due to the death of her father, Michael Jackson, which occurred four years ago.

Although, some good has come of this heartrending event. As the insider to Us Weekly said, “This is a tragic thing, but [it] brought the whole family closer, Debbie and Prince are bonding, everyone has come together… So there is some good in this.”

Paris has received a lot of encouragement and constant support. The latest celeb to reach out to her has been singer Demi Lovato.

A source told Star, “With Demi having just lost her dad, she feels a special bond with Paris. She told Paris about how she’d endured horrible bullying about her weight and her looks and even nasty comments about her estranged father. That struck a chord with Paris because of her own controversial father and like Demi, she’s been dieting for years.”

We hope Paris continues to get the support and encouragement that she needs to make a full recovery soon.