If you didn’t have time to catch these books the first time around, snap them up in paperback this summer.

When in Doubt, Add Butter 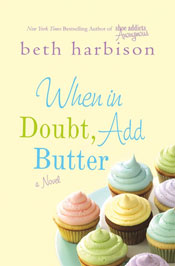 You can always count on New York Times best-selling author Beth Harbison to write the perfect beach read. With When in Doubt, Add Butter, she has succeeded yet again in crafting a delicious story about Gemma, a personal chef who got pregnant young, gave the baby up for adoption and swore off love. Well, until she has a one-night stand that turns into a lot more. Harbison also weaves in the stories of the people Gemma cooks for, which only enrich the plot — in fact, their lives are almost more interesting than her own! You’ll devour this book, out in paperback now, during your next relaxing day at the pool. But beware — this novel is definitely going to make you hungry. Not only for one of the delicious butter-infused dishes Gemma makes, but for Harbison’s next novel. But you’re in luck — Chose the Wrong Guy, Gave Him the Wrong Finger is also out now.

We asked Beth more about her novel, When in Doubt, Add Butter >> 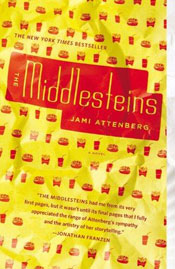 One of the most talked-about books of last year, The Middlesteins, is now out in paperback. If you didn’t get a chance to read it then (or even if you did), definitely pick up a copy to read beachside. It’s the story of Edie Middlestein, whose obesity tears apart her 30-year marriage to her husband, Richard. If she doesn’t stop eating, she will die, plain and simple. Richard can’t handle the fact that Edie has let her weight, and herself, spiral out of control, and he leaves. Now, it’s up to their children, Robin and Benny, and Rachelle, her daughter-in-law, to take over. 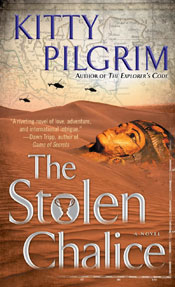 CNN veteran Kitty Pilgrim draws you in from Page 1 in her latest thriller, The Stolen Chalice. Think antique dealer, terrorists and the glamorous world of international art all rolled up into one thrilling novel. When Cordelia and Sinclair attend yet another gala at the Metropolitan Museum of Art, they have no idea that a group of terrorists is planning to attack. The attack doesn’t happen, but a rare Egyptian artifact is stolen. When the owner of the artifact asks Sinclair to help, Cordelia is immediately insecure when her lover calls on his ex, Holly Graham, to help him track it down. The story spans several continents as the three find themselves in more danger than they could have ever anticipated.