Glee star Cory Monteith was found dead at a Vancouver hotel on Saturday night. He was 31. 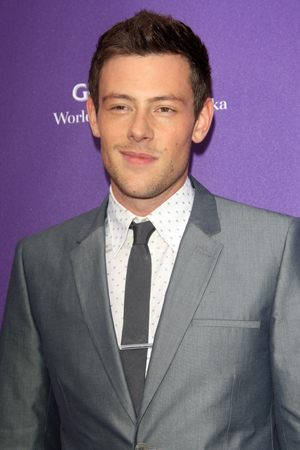 The Hollywood Reporter added that he was found at the Fairmont Pacific Rim hotel.

Before I give further information, on behalf of the Vancouver Police, I want to pass on our condolences to the family, friends, castmates and millions of fans of Mr. Monteith. As was the case in countless homes, I watched Glee regularly with my daughters, and I know there will be shock and sadness in many households with the news of his tragic death.

Mr. Monteith checked into the hotel in July 6th and was due to check out of the room today. There were others with Mr. Monteith in his room earlier last night, but video and fob key entries show him returning to his room by himself in the early morning hours and we believe he was alone when he died.

When he missed his check-out time, staff went to the room at noon and found his body.

We know there will be considerable interest in this case, and we have detectives assigned to the case who attended with our Forensic Identification Unit to examine the scene, to ensure to the extent possible that there are no unanswered questions.

Hotel video has been secured as well as room access records. Our investigators have spoken with hotel staff, who are providing the utmost in cooperation.

An autopsy is scheduled for Monday. The Coroner will be determining the next steps with respect to establishing cause of death, but all indications are that there was no foul play.

His rep told the media at the time that Monteith had “voluntarily admitted himself to a treatment facility for substance addiction. He graciously asks for your respect and privacy as he takes the necessary steps towards recovery.”

Girlfriend — and Glee co-star — Lea Michele stuck by him through the 30-day stint.

“I love and support Cory and will stand by him through this,” she told People at the time. “I am grateful and proud he made this decision.”

She also gushed about him in a recent interview with Marie Claire.

“I don’t even remember a time when he wasn’t my boyfriend,” she said. “No one knows me better than Cory. No one knows what it’s been like to go through this more than he does. Feeling like you have that net underneath you allows you to jump higher and go farther. He makes me feel like I can do anything. For the first time in my life, I feel really, really settled and happy. I feel like the luckiest girl in the world.”

Monteith wasn’t shy about talking about his problems with drugs as a teen. He spoke out about it in a 2011 interview with Parade.

“Anything and everything, as much as possible,” he told the magazine of what drugs he had binged on as a teen. “I had a serious problem.”

He went to rehab after his family — led by his mom — held an intervention.

“I stole a significant amount of money from a family member,” he admitted. “I knew I was going to get caught, but I was so desperate I didn’t care. It was a cry for help. I was confronted and I said, ‘Yeah, it was me.’ It was the first honorable, truthful thing that had come out of my mouth in years.

“That’s when I first went to rehab. I did the stint but then went back to doing exactly what I left off doing,” he continued.

“I was done fighting myself,” he recalled of his turning point. “I finally said, ‘I’m gonna start looking at my life and figure out why I’m doing this.'”