SPOILER ALERT! Ho. Ly. Crap. Everything went down this week on Graceland‘s episode “Hair of the Dog.” If you haven’t yet seen the episode, I recommend waiting to read this. 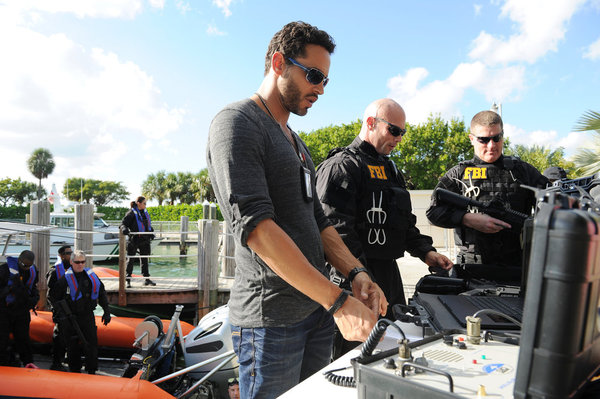 Last week, after discovering her informant dead on a drug dealer’s bathroom floor, Charlie was hell-bent on justice. We watched as she unloaded a needle of heroin into her veins in an effort to get revenge for Whistler. This week, Graceland fans learned of the consequences.

Briggs pulls Charlie, stoned out of her gourd, from the dealer’s house and deposits her at the apartment of a so-called confidential informant while she dries out from the experience. She wants so badly to go home, be in her own bed and puke in her own toilet. But Briggs convinces her it would be better for her to handle it alone. What? Why?

Listen, I love Briggs (Daniel Sunjata) hard-core. I know his past is sketchy and possibly pretty rough. But, since the bureau has Mike watching him and apparently they think he’s stealing from drug busts, it’s pretty hard to believe the apartment belongs to a CI. Add in the closet Charlie can’t open and the quasi-insider knowledge Briggs seems to have about the effects of heroin, and it just seems like maybe the apartment is his own personal heroin den. Not. Good.

Since their efforts to bust the drug dealer fell though, Briggs’, Charlie’s and Johnny’s boss is mad. He orders Charlie and Johnny to report to him ASAP to tell him their side of the flop. Charlie and Briggs, however, are worried the boss-man will see straight through Charlie and immediately drug-test her. Even undercover agents aren’t allowed to get high.

Briggs’ answer: Do a little more. Just enough to even her out and get her through the meeting.

During that meeting, when Johnny (Manny Montana) catches her fidgeting, he immediately guesses her situation. Johnny, however, responds like the kind of friend who actually wants Charlie to recover. Instead of forcing her into isolation, he brings her back to the house. He pretty much ices out Briggs, though. Johnny is putting his job on the line to cover for Charlie… a heads-up would have been nice.

Swimming with the fishes 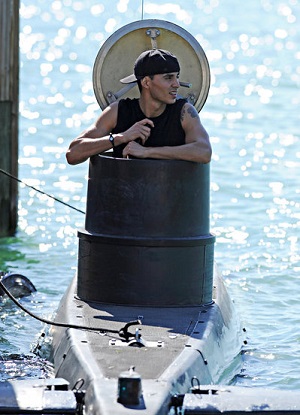 Despite all the drama with Charlie and Briggs, Johnny has his own stuff to handle.

When Johnny and Paige try to take down a drug sub, they find the drugs are missing. As it turns out, that sub was carrying drugs meant for Bello, too. Mike does some quick thinking and comes up with a game plan to bust Bello: Bring in Johnny as an old buddy who can dive and have him go after the drugs. Then have the feds show up and bust them.

P.S.: The reason Johnny is both a skilled diver and, apparently, a bomb tech? He’s a Navy Seal. Or, well, he was almost a Navy Seal. He got hit by a boat. This might be my new favorite fun fact about Johnny Tuturro!

Once they’re out to sea, though, Bello wants to eliminate the hired hand, Johnny. Once he disarms the torpedo and floats the drugs to the surface, Bello wants Johnny dead. Not knowing what else to do, Mike convinces Bello that he should be the one to kill Johnny. That way, at least his friend can go out quickly and painlessly. Bello relents, and Mike immediately tries to figure out how to just kill Bello and his lackey, instead. Suddenly… BOOM! The torpedo blows up right in front of Mike’s eyes, and he knows Johnny is dead.

Where the heck was Brandon McLaren (Jakes) this week? >>

Johnny spent his entire underwater exploration juggling two radios: one connected to Mike and Bello and the other connected to Briggs. Meanwhile, Briggs had Mike tapped. As soon as Briggs heard the plan, he forwarded the news to Johnny, and they figured out the best solution. Johnny took the explosive part of the bomb further away and then did a controlled detonation. No harm, no foul — right?

Wrong! Mike is pissed. He thought Johnny had really died and was upset at the prospect of losing a roomie.

Is that heroin in your duffel bag?

When they crack open the torpedo, they find it’s not holding even half the drugs it should. To Johnny, it just seems like poor planning. When Johnny tells Mike that for a while, the torpedo was in Briggs’ possession, Mike immediately begins to wonder if Briggs is responsible for missing heroin. He follows Briggs (and his suspicious duffel bag) out to his car and around town. Briggs gets out at a semi-shady building, and — of course — Mike follows him. When Mike finally and carefully opens the door, Briggs is standing at the front of a room with a smattering of other people. He opens his mouth and confesses: