In celebration of International Kissing Day, online dating site Zoosk.com surveyed 3,500 singles to reveal the most memorable on-screen kisses this summer. Hollywood gets its Chapstick on! 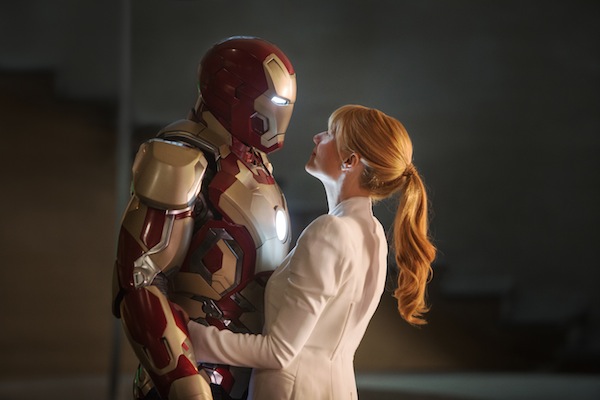 Of Americans surveyed, 41 percent thought Tony and Pepper’s lip lock in Iron Man 3 was the most memorable snog among this summer’s flicks. That really narrow mouth slit on the mask must make French kissing a wee bit difficult, though.

While Americans call bumping tongues during a kiss a “French kiss,” it wasn’t until this year that France finally had an official word for this type of smooching. The Petit Robert 2014 French dictionary, released on May 30, 2013, added the word galocher, meaning “to kiss with tongues.” 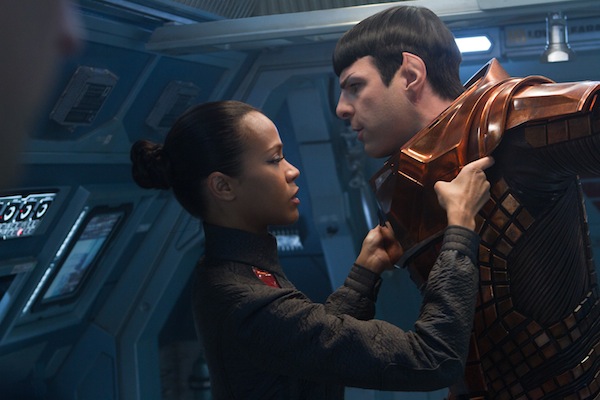 The second most memorable summer screen kiss was between Spock and Uhura in Star Trek Into Darkness. We can’t help but wonder what it’s like to galocher those ears.

If you’re a hard-core Trekkie, you’re likely to be familiar with pon farr, part of Vulcans’ reproductive cycle. Apparently, every seven years Vulcans go into heat and become ill or violent. If they don’t mate, they die. Pretty harsh. Of course, Vulcans don’t have to wait seven years to have sex; luckily for Uhura, Spock’s mini-volcano is free to erupt anytime. 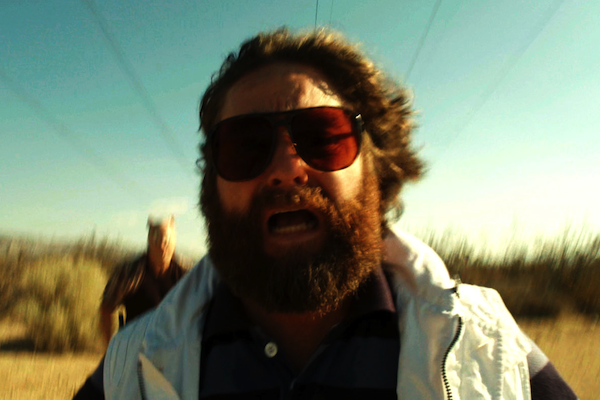 Of singles surveyed, 21 percent thought The Hangover 3‘s Alan (Zack Galifianakis) and Cassie (Melissa McCarthy) had the most memorable exchange of spit. We think they are a match made in heaven and hope the pair can spin off from the Hangover franchise to star in their own film. We can dream…

Two kisses that didn’t make the list were the Man of Steel (Henry Cavill) boxing tonsils with Lois Lane (Amy Adams) and Brad Pitt sucking face with Mireille Enos in World War Z. Okay, so zombies aren’t all that sexy, but Henry Cavil can “steel” a kiss from us, anytime.

Take our survey below and let us know which summer screen kiss made the biggest impression on you.