The Newsroom‘s Season 2 tag line is “Together they stand alone.” What does that mean? We’re here to help you figure it out. 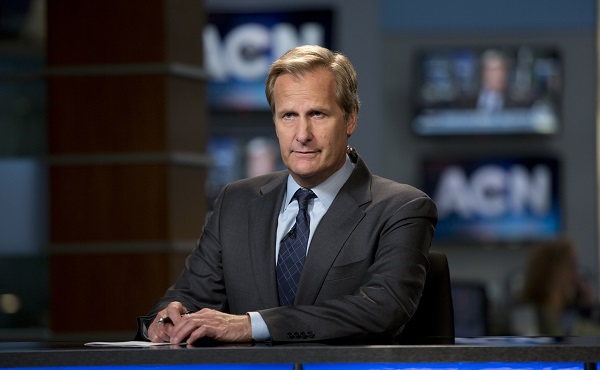 Something massive is on the horizon for each member of the News Night team. As each character undergoes his or her own personal issues, the staff will also face the legal ramifications of a wrongful termination suit. Who will make it out of Season 2 with a job?

When Occupy Wall Street first took over the financial district, it took a while for people to pay attention. Older Americans didn’t know or care what all the fuss was about, and younger ones were either passionately involved or completely uninterested. Neal (Dev Patel) will fall into the more passionate category… at least in the sense that it’s exciting to see Americans stand up for something again. In previews, he even refers to the movement as America’s Arab Spring (something he was passionate about last year). As he follows the story, will he be swept up in it?

It sounds like it. One preview shows Mac announcing that Neal has been arrested. Our best guess is that the arrest will happen at an Occupy Wall Street movement protest, as police officers sometimes arrested press who were on the scene reporting.

How will News Night and Will respond to the movement and to Neal’s arrest?

We love Sloan (Olivia Munn). She’s a smart girl — albeit kind of flaky — with real passion for what she does. Last season, we witnessed great moments between Sloan and Don and between Sloan and Neal. While we’ll always root for the geek-fabulous Neal, there’s no denying Sloan and Don’s obvious chemistry. Where will that take them this year?

That doesn’t sound like it will be Sloan’s biggest issue, though. During the season premiere, we’ll meet Jerry(/Gary/Larry/Harry), whom Mac has hired to take Jim’s place while Jim is on the campaign trail. When Sloan mentions to Will that they should talk about America’s counterterrorism policies, Will practically insists on ignoring it. He won’t be able to for long, though. No one can ignore Sloan, especially when she’s on the warpath. She may be an economist, but she has serious issues with the way the American government (mis)uses drones. 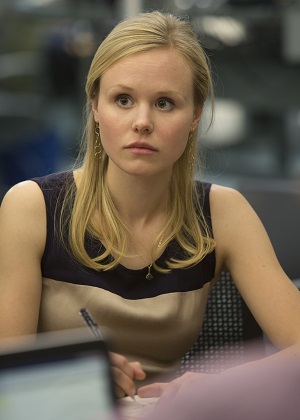 These two drive us insane! Last season, we watched as Jim continually ended up in the arms of Maggie’s best friend instead of with Maggie. After a really bad day, Maggie (Alison Pill) unleashed her fury on a Sex and the City tour bus… on which Jim was riding. Soon they were making out, but it didn’t last long. It looks like when Season 2 begins, it will be as if the kiss never happened. Don is actually trying to be a good boyfriend, and Maggie feels like she should give him a chance.

Jim’s only way to cope with Don and Maggie is to escape. That’s exactly what he does, too. He hooks up with the Mitt Romney presidential campaign and hits the road… much to the dismay of Will.

The Newsroom‘s cast continues to grow >>

Mac and Will continue to fight each other

Not much has changed between Mac (Emily Mortimer) and Will (Jeff Daniels) since last season. Mac still seems to desperately love Will, and Will has always felt the same — even if he hasn’t wanted to. They work together and fight like a married couple, yet Mac’s past infidelity continues to stand between them. Will our favorite news anchor ever get over it?

Will he even have time to?

From the looks of things, Will and his team will be up against some pretty heavy drama throughout the season. Will is still suffering from the backlash of referring to the Tea Party as the American Taliban. It’s possible his accidental foray into the world of drug-infused baked goods will also come back to haunt him. There’s also the lawsuit for “wrongful termination.” Who gets fired? Is it someone we know or someone from Will’s team from before the show began?

That may not even be the biggest issue, though. In the most telling of The Newsroom Season 2 trailers, we witness a suited man offering to give us a major story lead. Later, we find out Will may have jumped the gun and reported something untrue. What will that do to his career? What will that do to everyone else’s jobs?

All that and more

As those issues weave their way into the stories of each episode, The Newsroom will continue to deliver its take on current events. When we spoke to show creator and writer Aaron Sorkin at PaleyFest, he gave us the heads-up on just what kind of news stories we’ll hear on News Night. We’ll re-witness the fall of Tripoli, the U.S. presidential conventions and elections and the murder of Trayvon Martin and hear about the “latest” (they’re a little behind us) on Afghanistan.

Are you ready for another intense and insanely entertaining season? The Newsroom premieres Sunday, July 14, at 10/9c.