In true Lady Gaga fashion, she is returning in a big way. The singer finally announced her new album, and she’ll be bringing what she hopes is a new cultural movement along with it. 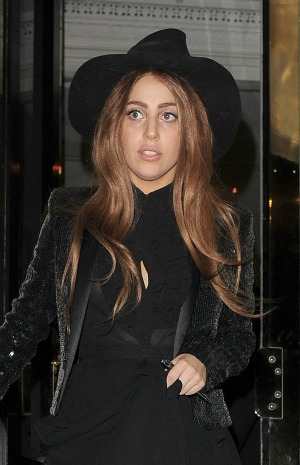 It’s hard to believe that it’s been five whole months since we’ve heard more than a peep from Lady Gaga. But Friday, she finally broke her silence and announced new music.

And for the singer, it’s never just about music — Gaga releases a movement anytime she releases a new album.

Friday, she announced ARTPOP is set for a Nov. 11 release, with the first single to be released Aug. 19.

“The album ARTPOP musically mirrors Gaga’s creative process as she passes through the mediums of each artist she collaborates with, scoring a blueprint of her journey,” Lady Gaga said in an epic Facebook announcement. “The result, a ‘rage’ of electronic passion and fury, defining each artistic process from beginning to end, ARTPOP could mean anything. But for her, this is a celebration of obsession.”

Lady Gaga is where she is for many reasons, but her work ethic may be at the top of the list. She was reportedly upset she had to cancel her Monster Ball Tour because of an injury, and she’s been working hard to make sure the album would be done as soon as possible because of a love for her fans.

“She’s been very diligent about her recovery,” a source told US Weekly. “She knows that a lot of people depend on her.”

The album will also be accompanied by an app, which will be released Sept. 1, the same day fans can begin pre-ordering her new album. It looks like the app may be even more of a cultural phenomenon than her album. Gaga is exploring a new idea that will allow users to create their own art and share it with her other fans.

“The app itself is a musical and visual engineering system that combines music, art, fashion and technology with a new interactive worldwide community — ‘the auras,'” Gaga continued in the long Facebook post. “Altering the human experience with social media, we bring ARTculture into POP in a reverse Warholian expedition.”

She further explains that she wants users to be able to understand the “‘adrenaline of fame’ as they build and share their own projects, chat with one another and watch in real-time on a virtual globe.”

Gaga disappeared five months ago due to an injury, but she is back in a big way. Chances are she won’t disappear again for a long time.