Hugh Jackman is planning a superhero takeover. The actor wants Wolverine to join forces with his Marvel peers. Can you imagine him and Iron Man fighting side by side? 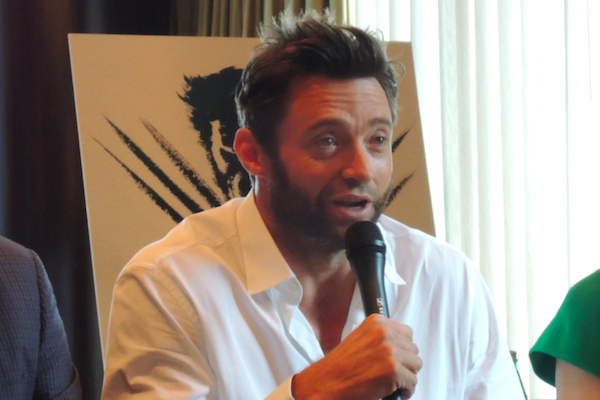 Hugh Jackman‘s a genuine fanboy. The Australian actor, who’s best known for his role as Wolverine, recently revealed his superhero dream. He’s currently shooting the X-Men sequel, Days of Future Past, and doing press for this month’s The Wolverine. It seems like the character’s popping up everywhere. Could a Marvel crossover be in his future?

According to The Hollywood Reporter, Jackman wants Wolverine to meet The Avengers.

“I literally asked the same question the other day to Tom from Marvel who works with all the other studios, he works with Sony and Fox, that’s his job to liaise,” Jackman said. “I said, ‘Man, can this happen?’ and he goes, ‘Look, it’s not gonna be easy because you’re working with different studios and they’re their properties.'”

Hugh Jackman faces his demons in The Wolverine >>

Before the formation of Marvel Studios, Marvel Comics licensed its characters to different companies. For example, Spider-Man and Ghost Rider are at Sony, while the Fantastic Four and X-Men are at Fox. Despite the legal red tape, Jackman thinks they can make a team-up movie happen.

“I believe — maybe I’m optimistic, I understand at Marvel they’ve got The Avengers, they’ve got a lot of big things going on, but at some point I just find it almost impossible that there’s not a way to bring Iron Man, all the Avengers characters, Wolverine, the X-Men characters, Spider-Man, and somehow get them in together,” he said.

Jackman’s idea isn’t that far-fetched. In the comics, Spider-Man, Wolverine and some of his fellow X-Men are part of The Avengers team. If the studios tapped into that, it could be a gold mine for them and the fans. Make it happen, Marvel!