Tina Turner had a notorious first marriage that was riddled with abuse. Years later, the singer has announced that she will be marrying again, and the big day is fast approaching.

Tina Turner must be getting excited for her upcoming nuptials, which are rumored to be occurring at the end of the month. The 73-year-old singer has been dating German music producer Erwin Bach for 27 years, and the pair are now ready to tie the knot. 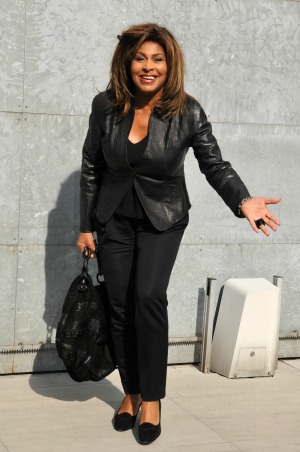 They couple began spending time together when Bach was a producer for the label EMI in 1985, and a year later, they publicly announced their relationship. Following the news of their engagement in April this year, they are now planning their wedding, which will take place in Europe.

The singer and her long-time beau have been living together in Zurich, Switzerland, for over 15 years. Suggested destinations for the ceremony include Zurich and the French Riviera, where the couple will reportedly host a lavish affair at their luxury villa.

The New York Post reported, “According to reports, Turner and Bach will tie the knot at their home on Lake Zurich on July 21.”

The wedding will be an all-white-clad affair, as the guests have been asked to wear white for the Buddhist ceremony. So who will be in attendance?

Aside from the couple’s family and friends, we expect to see several famous faces, including prestigious fashion designer Giorgio Armani, who is said to have designed Tina’s wedding gown.

The singer is reported to have stated that she is happier than she has ever been with her fiancé, which is refreshing to hear after her notorious first marriage to Ike Turner that lasted 14 years. The detailed accounts of the abuse that she suffered throughout her first marriage are explained in her autobiography, I, Tina.

Let’s hope that walking down the aisle the second time around will be Simply the Best for the singing sensation. Just goes to show that you are never too old start living — or to get married again!