The lesser-knowns are kicking butt

Dawson’s Creek gave quite a few actors and actresses their start and though these people didn’t necessarily have major roles on the series, it’s interesting to note how many have gone on to big things. 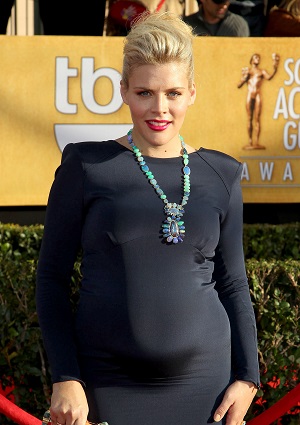 Busy Philipps — Philipps joined the Creek gang in college and even had a thing with Pacey. Later, she went on to star as the rough and rowdy “freak” Kim Kelly on the cult hit Freaks and Geeks. Now she appears in Cougar Town. She also just had a new baby!

Related story Looks Like There Could Be Wedding Bells in Katie Holmes' Future With Emilio Vitolo Jr.

Scott Foley — From his short role on Dawson’s, Foley went on to numerous awesome performances, including the one as Noel in the college drama Felicity. He even had a recurring role on the hit medical drama Grey’s Anatomy. And he was just announced as a series regular for the next season of Scandal.

Meredith Monroe — What about the girl behind the oh-so-complicated Andie McPhee? Monroe has appeared in guest roles on numerous television shows. She also did a 13-episode stint on Criminal Minds.

Jennifer Morrison — Currently starring in Once Upon a Time.

Eion Bailey — Most recently starred in Once Upon a Time as August/Pinocchio.