The lesser-knowns
are kicking butt 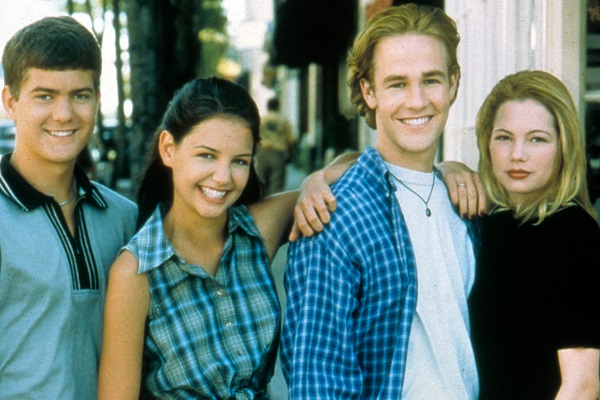 By far the most famous of the Dawson’s Creek crew, Katie Holmes moved on from the show and has since made quite a name for herself. No longer the doughty tomboy, Joey, her first post-Creek role was in a film called First Daughter. But it was the movie Batman Begins that really put her on the map. Since then, she has probably become best-known for marrying Tom Cruise, having their daughter Suri Cruise and then becoming the latest ex-Mrs. Cruise.

On Dawson’s Creek, Michelle Williams played the somewhat dreary and troubled city girl, Jen. Since her Creek days, Williams has kept herself extremely busy and racked up a long list of credits, and managed to keep from being typecast. One of her first post-Creek roles was starring in a film called A Hole in One along with Meat Loaf. She also starred with Ewan McGregor in Deception and did a turn with Leonardo DiCaprio in Shutter Island. More recently, she co-starred with James Franco in Oz The Great and Powerful. Her role as mother to Matilda, the adorable daughter she shared with the late, great Heath Ledger, is by far her greatest role, though.

After Dawson’s Creek, Joshua Jackson went on to do a number of movies for about the next 10 years or so. None of them were huge blockbusters and he might have quietly gone off into the sunset if not for a little show called Fringe. Cute, well-meaning Pacey became Peter Bishop — a guy who wasn’t afraid to kick a little butt when it needed to be done. The show is now off the air, but he will forever be a god to all of geekdom for it.

Following his time on Dawson’s Creek, James Van Der Beek continued to do a lot of work on TV. He did a little bit of everything, from funny voices on Robot Chicken to having prominent character arcs on shows like Criminal Minds, Ugly Betty and One Tree Hill. While he did do a couple of big films (Scary Movie, Varsity Blues) during his time on Creek, afterwards he did more of the TV-movie variety. To date, his biggest role was in the recently (and tragically) cancelled Don’t Trust the B**** in Apartment 23, where he a played a douchey version of himself.

Up next: More on the cast of Dawson’s Creek >>