Pauletta Washington sounds sad and disappointed in an interview that sheds new light on Denzel’s cheating scandal. Was she hinting at infidelity? 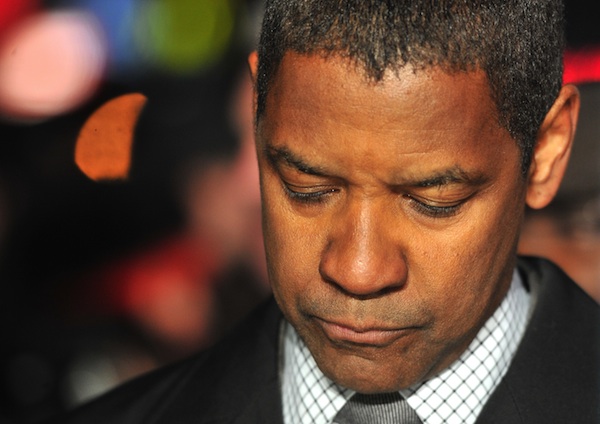 Pauletta and Denzel recently graced Ebony magazine, looking like a picture-perfect Hollywood couple. But we have to admit that some of Pauletta’s comments are worrisome, given the recent news of Denzel Washington’s possible infidelity.

Celebrity cheating scandals: Who is rumored to be unfaithful? >>

The pair have been married for 30 years, and the magazine’s in-depth interview may shed light on the recent rumors that Denzel Washington is having an affair. A photographer is shopping around scandalous photos of Denzel and an unknown woman kissing in a very passionate embrace.

RadarOnline confirmed its editors saw the photos — four of them in total — and says they show Washington “sitting on a couch with a young lady, and then throughout the series of pictures [Denzel] grabs her arm and pulls her in for a kiss on the lips in one. The woman is not identified and Radar was not able to verify the authenticity of the photographs.”

In cheating allegations that floated around over a decade ago, the other woman flat out denied any inappropriate behavior between her and Denzel. This time, there isn’t even any information on who the woman in the photo is or why she and Denzel were meeting.

In 2008, Denzel was very clear that his wife was the center of their family and maintains a sense of home for their children since he travels extensively for his film career.

The actor told Oprah, “Pauletta was the consistent one who made breakfast every day and took [our children] to school. She taught them their prayers.”

However, Pauletta is candid in a lengthy interview about her marriage in the upcoming August issue of Ebony magazine. Her words seem to convey an undertone of sadness and disappointment:

Pauletta continued, “He has and knows he has stability in me as his wife. That’s what gives him strength, regardless if he misuses it. I can’t dwell on that. But I do know that gives him a great platform to go and fly.”

Vibe magazine says the Washingtons spent their 30th anniversary apart, but it’s not clear why they did so. A representative for Denzel today denied any extramarital affair, but that statement did little to quell growing speculation that the pair are headed toward divorce.