Nicole Kidman is more than just a pretty face — the celebrated actress is being lauded for her work preserving women’s rights around the world. 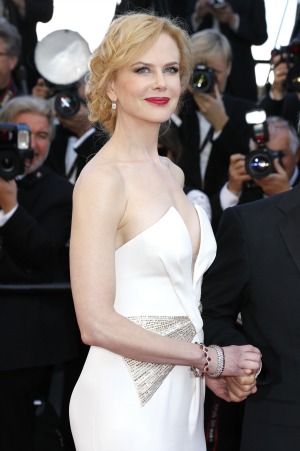 She has won an Oscar, but actress Nicole Kidman might be more touched by her most recent award than by any career accolade she has received.

The UN Women Goodwill Ambassador and Stoker star is being honored with a humanitarian award from the Cinema for Peace Foundation for her work as a “global champion for women and girls,” according to the United Nations Entity for Gender Equality and the Empowerment of Women.

“Women represent half of humanity, and of its potential. Yet around the world women are still deprived of a life free from discrimination and violence. We applaud the establishment of UN Women as a global champion for women and girls,” said the Board of the Cinema for Peace Foundation of its decision to honor the actress, in a press release. “Nicole Kidman has helped give a voice to countless women who are survivors of gender-based violence. She is a role model for others.”

In Kidman’s role as an ambassador she promotes women’s rights worldwide with a focus on ending violence against women by serving as the spokesperson for the Say NO — UNiTE to End Violence against Women initiative. The star has traveled around the globe to meet with sexual violence survivors and bring attention to this important issue.

“I have learned much about the horrific scope of violence against women around the world and seen its devastating impact,” Kidman said in a statement. “When I first learned that one in three women and girls experience violence in their lifetime, I was utterly shocked. Much of my work for UN Women has since been dedicated to this issue.”

UN Women Acting Head Lakshmi Puri will also receive an award, presented by German actress Veronica Ferres in a ceremony attended by luminaries such as Fatou Bensouda, Chief Prosecutor of the International Criminal Court and Bianca Jagger, Ambassador for the Council of Europe and all-around fabulous society queen.