Liv Tyler grew up in a household of women and credits her mother for teaching her how to become independent, although she still has issues with her father, her love life and men.

The Lord of the Rings actress is the daughter of legendary rocker Steven Tyler and former model Bebe Buell, although she spent her childhood believing her mother’s then-partner, singer Todd Rundgren, was her father. 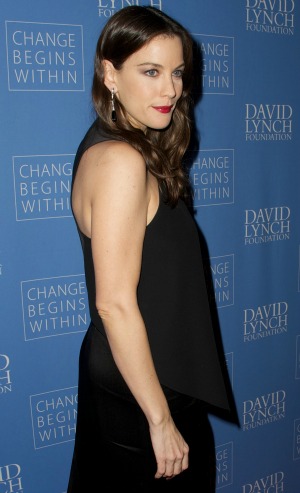 After attending an Aerosmith concert at the age of 11, she discovered the truth about who her real father was, although neither “father” was present in her childhood and she was raised solely by women.

Tyler credits her mother and maternal grandmother, Dorothea, for her upbringing and ensuring that she became a resilient, independent woman.

“I was raised by the women in my life,” Tyler told Net-a-Porter’s The Edit.

She continued to explain, “That’s made me incredibly strong and resilient. I’ve always been able to support myself and my family on my own.”

The lack of a father figure during her childhood has had a lasting impact on her later years, with the actress admitting that men are still, “a bit of a mystery.”

“[Men] are visitors. They visit my life. I am always surprised when there is one around,” she continued to explain.

She is not the only Tyler daughter to feel this way about men, as her half-sister Mia experiences similar issues, “We had to do our own thing,” Tyler explains.

It was their paternal history that allowed these half-sisters to bond and, decades later, the pair still share advice about men, having regular conversations about,”love and boyfriends.”

Tyler recalls her sister once saying, “‘Let love be like dessert, enjoy it when it’s there, but you don’t want to eat dessert at every meal, all day long.'” A view that they both share about the men in their lives.

However, one male that has been a constant presence in the star’s life, is her eight-year-old son, Milo — who Tyler shares with her ex-husband, British musician Royston Langdon.

Tyler’s story and accomplishments are an inspiration, as she proves that every woman is capable of strength, self-confidence and financial security without aid from men.

45 mins ago
by Alicia Kort