Brooke Mueller is about to get a rude awakening if Charlie Sheen has his way — he’s trying to cut off her cash flow. 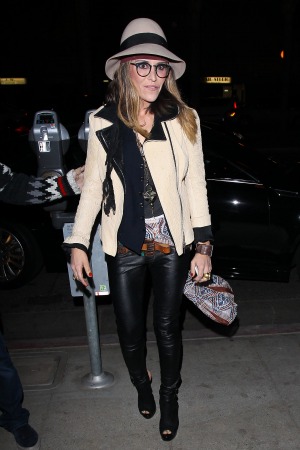 Charlie Sheen might be generous with his ex-wives, but he’s no pushover. The Anger Management star wants to cut off Brooke Mueller’s child support after it was revealed she moved out of a female-only sober living facility and back in with her boyfriend while Denise RIchards takes care of Mueller’s sons, Max and Bob.

Mueller collects a reported $55,000 per month in child support despite the fact that the twins have not been in her custody for months, and after her latest shenanigans Sheen has had enough and is cutting off the gravy train.

In addition to the $55,000 payouts, Sheen also pays an additional $30,000 for the boys’ therapy, medical expenses and schooling.

Mueller left the Betty Ford Clinic because she didn’t want to do the group chores required of all patients and headed to a sober living house in San Juan Capistrano, then pulled up stakes for a beach rental in San Clemente so she could shack up with boyfriend Jaron Lowenstein.

“This is extremely distressing because Brooke’s actions show she just isn’t taking rehab seriously,” a friend of Sheen’s told RadarOnline.

“Her approach to treatment is very unorthodox to say the least. What is very bothersome is that the facility is allowing Brooke to do this. There is no indication that Brooke is being drug tested as required when living in the sober living facility.”

Mueller’s careless move could even result in the permanent loss of her boys.

“Social workers are preparing a report for the judge in child dependency court and are going to recommend that Brooke’s parental rights be terminated, immediately,” an insider told RadarOnline.

“She clearly isn’t taking getting sober seriously. She claims she had to move out of the sober living house because Brooke is a celebrity and a public person and couldn’t get privacy. This flies in the face of reason and the Los Angeles County of Department of Children and Family Services feel its in the best interests of Bob and Max to have Brooke’s parental rights revoked.”

A custody hearing is scheduled for the end of July.