Just as soon as we found out about the relationship between Henry Cavill and Kaley Cuoco, it’s already over. The young couple was spotted out only a few times, but have apparently decided to just be friends. 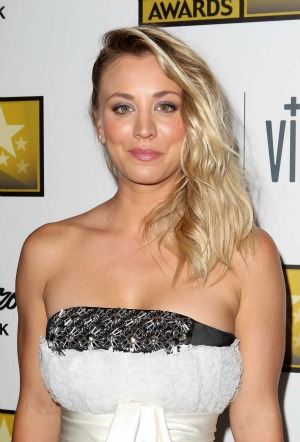 Just a few weeks into their blooming romance, it appears that Kaley Cuoco and Henry Cavill have called it quits. The Big Bang Theory actress and Cavill were first spotted out on numerous occasions in early July.

“It’s just the beginning stages of a relationship and they’re having a great time,” a friend told People at the time.

Man of Steel’s Cavill is much newer to the A-list (or B-list) of Hollywood than Cuoco, who has been on The Big Bang Theory since 2007 (she also starred on 8 Simple Rules before that). Cavill may first be remembered as Charles on The Tudors, a part he played from 2007 to 2010, but he finally won the role he seems born to play, Superman himself.

On July 3, the couple was spotted out on a hiking date near Cuoco’s home in Sherman Oaks, California followed by sushi, just two days after news of their new relationship had been spread.

The relationship seemed to be perfect timing for both newly-single actors, and the first looks at the romance showed the two to be an adorable couple. Cavill became single earlier in 2013 after breaking up with Haywire actress Gina Carano. Cuoco ended her engagement to Josh Resnik in March 2012, and briefly dated Bret Bollinger, bassist for the band Pepper.

“It was such a huge part of my life and no one knew about it,” Cuoco told People back in 2010.

Cuoco never said the couple worked to keep the relationship private, or if that’s just the way it worked out, but Big Bang Theory fans probably would have loved to see a real relationship between the two.

“It was a wonderful relationship but we never spoke a word about it and never went anywhere together,” Cuoco said.

She added that she and Galecki split months before their on-screen characters broke up, but it never affected their characters because they are both professionals.

Cuoco and Cavill are both back out on the market, but the young actors are said to still be friends.