Actress Leah Remini has shocked fans by confirming she has left the controversial religion of Scientology after being a die-hard supporter for 30 years. 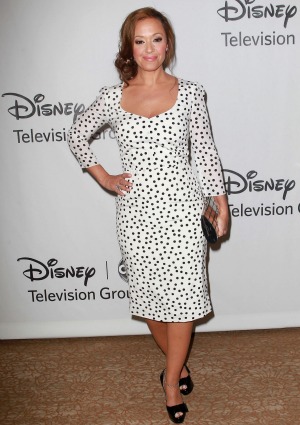 King of Queens star Leah Remini has confirmed she quit Scientology after she began to ask too many tough questions of the leadership of the controversial religion.

“I wish to share my sincere and heartfelt appreciation for the overwhelming positive response I have received from the media, my colleagues, and fans from around the world,” the actress said in a statement released Thursday night. “I am truly grateful and thankful for all your support.”

A source told the New York Post that the problems started at the wedding of the world’s most famous Scientologist Tom Cruise to Katie Holmes in 2006 when Remini questioned the whereabouts of Shelly Miscavige, the wife of Scientology head David Miscavige. David also happened to be Cruise’s best man and strangely accompanied the newlyweds on their honeymoon.

Shelly Miscavige has only been seen in public once since around 2006 amid rumors she had a falling out with her husband and is rumored to be held at a Scientology base north of Los Angeles, possibly against her will.

“It all began when Leah questioned the validity of excommunication of people,” a source told the Post of Remini’s decision. “She is stepping back from a regime she thinks is corrupt. She thinks no religion should tear apart a family or abuse someone under the umbrella of ‘religion.'”

The source said that as a result of her questions, Remini “was put through interrogations and blacklisted within the church that she donated millions to and that her family has spent their lives in. She was put through ‘thought modification’ for five years.”

Remini also allegedly objects to the practice of forcing followers to “disconnect” from dissenters of the religion, which is thought to be the reason behind the barely there relationship between Cruise’s ex Nicole Kidman and their two children, Isabella and Connor.

But the actress will be just fine, the source said. “She’s from Brooklyn. The church can’t hurt her… they don’t have her family, that’s all that matters to her.”

A Scientology rep denied all of the allegations.