Can you imagine a life where you can’t make a move without someone crawling up your backside with a camera? You could no longer “itch” your nose in public, make quick trips to the store in ratty hair and mattress face and you can forget car dancing! No wonder celebs get fed up (yeah, even though they asked for a life in the public eye). Here are our favorite celeb/photog freak-outs. 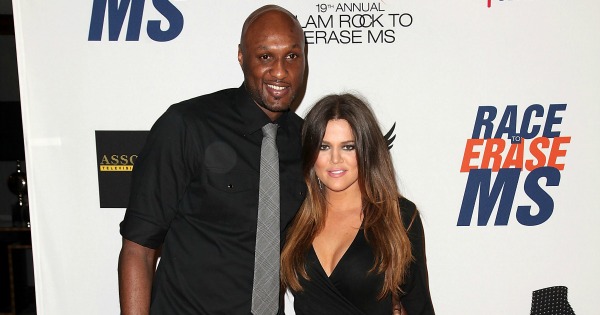 There is a lot of rumor and gossip surrounding Lamar Odom and Khloé Kardashian right now, and most of it stems from allegations that Odom’s been caught with his hand in another cookie jar. In this TMZ blue ribbon paparazzi freak-out, Odom blows his 6’ 10” top when the photogs won’t shut their yaps about the cheating accusations. What we love about this particular freak-out is how nonchalant Odom is as he totally trashes one stalker’s equipment, even pausing to get a picture with a fan. Classic. (Most of the following videos contain adult language.)

Alec Baldwin has not only asserted himself as one of the most successful and funniest television personalities, he’s also carved out a name for himself in the freak-out arena. We don’t have the time to list (and you don’t have the time to read about) Baldwin’s countless run-ins with the paparazzi. This freak-out is a favorite because it shows us what a pain it is to try to move around the city when you’re Alec Baldwin. It also demonstrates that Baldwin is a bully with a heart, because he’s defending his neighbor, but best of all in this altercation, Baldwin grabs a photog’s arm and calls him a “little girl” (while Baldwin is carrying a pink stuffed animal under his arm). We could just choke on the irony!

2013 Celeb superlatives: Most likely to have a mental breakdown >>

Ah, another day, another headline about Justin Bieber behaving badly. The Biebs has been plagued by the paparazzi and tales of speeding and altercations. One ill-fated photog lost his life chasing who he believed was Justin Bieber. And yet the hounds persist! We give JB a blue ribbon for this freak-out because instead of letting his goons handle the admittedly obnoxious photographers, Bieber lunges out of his SUV and threatens to “beat the f*** out” of the paparazzi. That’s just crazy talk when you consider that Bieber looks like a little kid being put in his car seat by his dad in this video.

North West’s daddy, Kanye West, is the king of controversy and, like Chris Brown, collects haters like most rappers collect gold chains. If you research West’s freak-outs, you better settle in for a piece of time, because there are a lot of them.

While no one is arguing the fact that the Kardashians and anyone associated with them are attention-mongers, you do start to feel bad for these people. In nearly every West freak-out you also see him stopping for autographs and Kim stopping for photos with fans. Then some ill-mannered paparazzi has to ask an inflammatory question and that’s when s*** gets real. In this clip, West bashes his head on a sign and freaks out on a photographer. We get it. We’ve hit our head. It hurts. And the first thing you want to do is punch your hand through a wall – or a photog’s face.

Remember when the paparazzi used to be on Britney like flies on a rotten piece of meat? There were so many flashes going off in her face that it must have been like living life under a strobe light. Back in those days, Spears decided she’d had enough of her hair and of the photographers. She shaved her head, and when the papps didn’t get off her back, she beat the hell out of one of their cars with an umbrella. That showed ‘em. A bald Britney bashing a car with an umbrella? That’s blue ribbon freak-out material all day long.