Once Upon a Time has announced the return of one beloved character, the introduction of a new one, and its Comic-Con schedule all in the same week. 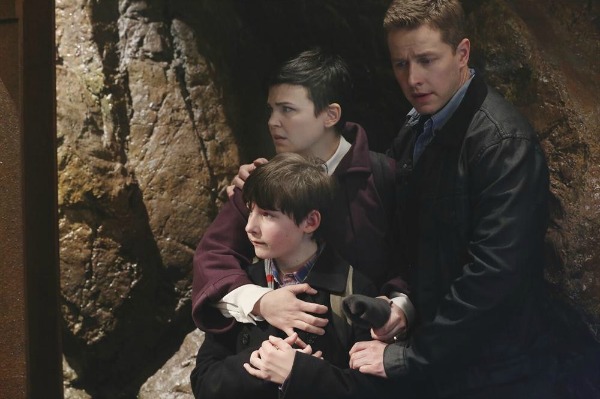 Once Upon a Time Season 3 is still a couple of months away and though there is no official preview date yet, there is a bunch of news to keep fans happy. First of all, the cast began happily tweeting this week to announce that filming for Season 3 began on Wednesday.

The show also released some fun casting news as well. First came the news that OUAT would be introducing Tinkerbell in the third season. TVLine hinted at the news first when it answered a fan’s question about the famous fairy by pointing out that a new character named Violet would be added to the cast. The description of the character was very reminiscent of Tink: “A mischievous twentysomething whose penchant for troublemaking belies the heart of a true survivor.”

PerezHilton.com got the news, too, adding that Tink would reportedly have a “significant role” in the upcoming season and that she apparently will turn out to be related to one of the show’s series regulars.

Once Upon a Time recap: Love found and love lost >>

Mirror, mirror on the wall, who will return this fall?

More recently, news came down the pike that a former character will be returning for Season 3. TVLine reported that Giancarlo Esposito will be back when the show returns in the fall. Esposito will reportedly return in one of the first episodes of the season, but it’s unclear which character he will play — Sidney Glass, the Magic Mirror or possibly even the Genie of Agrabah.

When we last saw Sidney, he unsuccessfully tried to frame Snow White for Kathryn’s fake murder and suffered imprisonment by Regina for his failure.

Finally, there was the news that all Once Upon a Time fans visiting Comic-Con next week wanted to hear — the show will indeed be having another panel at the convention this year. According to the Comic-Con official schedule, fans can see their favorite actors on stage Saturday, July 20, at 11 a.m. The cast and crew expected at the convention include co-creators and executive producers Edward Kitsis and Adam Horowitz, as well as Ginnifer Goodwin, Jennifer Morrison, Robert Carlyle, Josh Dallas, Emilie de Ravin, Colin O’Donoghue, and Michael Raymond-James.

But before you lament the fact that the Evil Queen will not be there, check out a tidbit found on TVLine. According to them, Lana Parrilla was not on the original list of cast and crew going to the panel, but she has since been added to the list and will reportedly be there after all.

What do you think of all the latest news about Once Upon a Time? Which tidbit has you the most excited?