Charlie Sheen is notorious for his bizarre and wild behavior, thus the news that he recently flew to Scotland to hunt down the mythical Loch Ness Monster fits with his reputation. 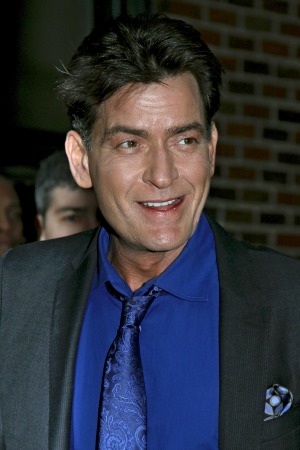 Oh, Charlie, we thought you were trying to get rid of the rumors that you are crazy. Charlie Sheen recently popped over to the Scottish Highlands in his private jet, on a four-day hunt to find the mythical Loch Ness Monster, which has not helped the question of his sanity.

Sheen, who was accompanied by several friends, stayed at the historic Aldourie Castle, located on the southern shores of Loch Ness in Scotland. The destination is where the Loch Ness Monster is said to live.

The castle’s website reads, “With its turrets, towers and setting Aldourie offers all the fairytale grandeur and glamour you need for a truly magical experience. Enjoy the adventure of the Highland’s (sic) or simply lose yourself in the mystery and folklore of Loch Ness.”

Lavinia Turner, the manager of Aldourie Castle, told the Daily Mirror that the actor was on his best behavior. “Mr. Sheen and his party were perfect guests and thoroughly enjoyed their trip to Scotland and Loch Ness,” she said.

Charlie allowed his Twitter followers to get in on the action by treating them to a picture of him wearing his “hunting gear,” a bronze battle helmet.

Well, unfortunately, the Anger Management star’s expedition ended without the discovery of the Loch Ness Monster. Although, Charlie was sent off by Highland Piper Dougie Watson, who played a tune at Inverness Airport while the actor boarded his plane.

Not one to give up easily, Charlie has hopes to return to Scotland in the future and continue his search for “Nessie.”